Within the LGBT community, there are many LGBT flags that you might see in different places and situations. These symbols carry meaning behind them that can be hard to understand if you don’t know what they stand for. So in this guide, we’ll be talking about what the different flags mean, where they originated from, and how they came to be associated with the community in the first place. Scroll down!

How Many LGBT Flags Are There?

In a world where almost nothing can remain static, LGBT communities have remained a pretty dynamic group of people. And it makes sense that there are so many different flags for them to fly. In fact, there are over 50 LGBT flags out there, many more than any other flag-waving group in history. Since all LGBT people are different, it only makes sense that their flags would be as well.

Throughout history, the rainbow pride flag has been known for representing the whole community. However, it isn’t, by any means, a comprehensive list of all identities or all LGBT flags under the LGBT+ umbrella.

Below are 21 most common flags used to represent each individual in the LGBTQ+ community, in addition to (or instead of) the rainbow flag.

Types of LGBT Pride Flags and Their Meanings 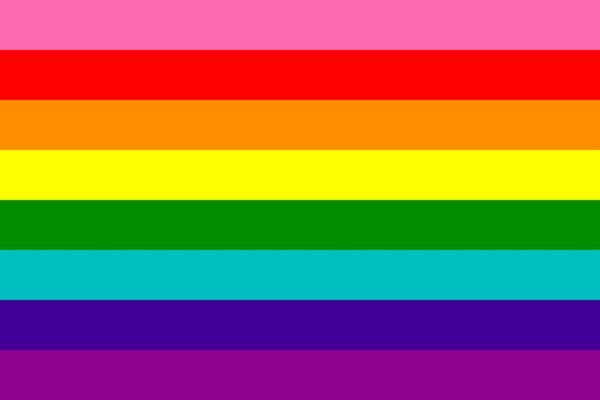 The Rainbow Flag was created by Gilbert Baker in 1978. In 2016, it became one of Time Magazine’s top 100 designs. The rainbow flag is considered a symbol of LGBT pride, commonly flown at gay pride parades, events, and demonstrations.

It stands for lesbian, gay, bisexual, transgender, and queer people.

Together, all of these show LGBT people working towards harmony with nature, art, and spirit in their lives and spiritual enlightenment and joyous celebration of life!

Bisexuality is romantic attraction, sexual attraction, or sexual behavior toward both males and females (or people of any gender identity). It may also imply an interest in more than one gender sexually. This can sometimes lead to feelings of isolation, making it hard for a bisexual person to find like-minded people. As such, a bisexual flag was designed by Michael Page in 1998 to create unity amongst all those who are sexually attracted to both sexes.

The bisexual flag is often called the bi flag for short. 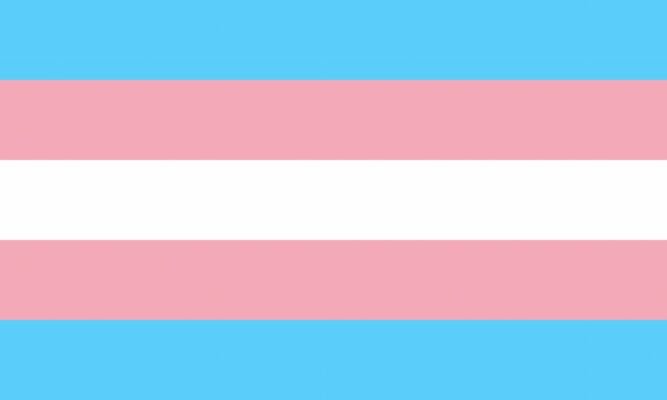 The trans pride flag was created in 1999 by Monica Helms, a transgender woman. Helms’ design stripes represent traditional masculine (blue) and feminine (pink) colors. The light blue also represents people transitioning from one gender to another while still identifying as their original birth sex.

Some use this trans flag to represent only transsexuals (people who identify as transgender). Meanwhile, others use it to describe a more inclusive definition of transgender people, including cross-dressers or those who are intersex.

The versions of the lesbian flag have gone through many updates in its history. This is the most popular version among the LGBT community today, with three pink stripes at the bottom, three orange stripes at the top, and a white stripe in the middle. As far as we know, the flag was introduced by the Tumblr blogger Emily Gwen in 2018.

This newly designed flag had seven stripes of different colors, from top to bottom:

The demisexual flag’s colors are similar to the asexual flag but with a different layout. It has a black triangle on the left side of the flag, with a white bar on top, gray at the bottom, and purple in the middle.

The meaning of color is the same as the asexual flag’s.

Pansexuality is the attraction to all genders. The most common symbol of this sexual orientation is a combination of pink, blue, and yellow stripes.

No one actually knows who created the pan flag, but it was first used in 2010 at Pride Toronto when there was confusion about whether bisexual people were male or female because they were attracted to both sexes. 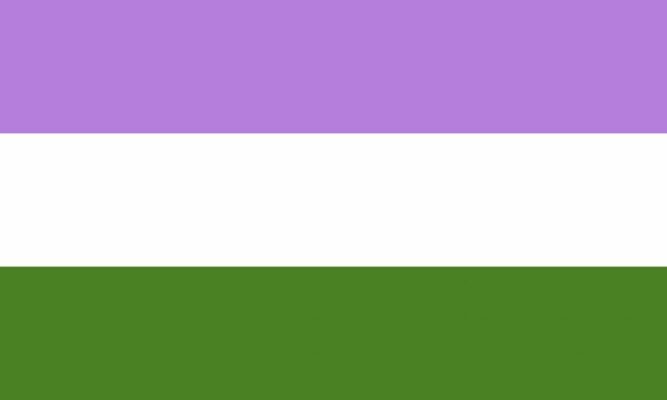 Marilyn Roxie designed the genderqueer flag in 2011 to represent non-binary gender identities, or people who don’t think, feel and behave the way society suppose they should follow based on their biological genders. It comprises three stripes with three colors (lavender, white, green). 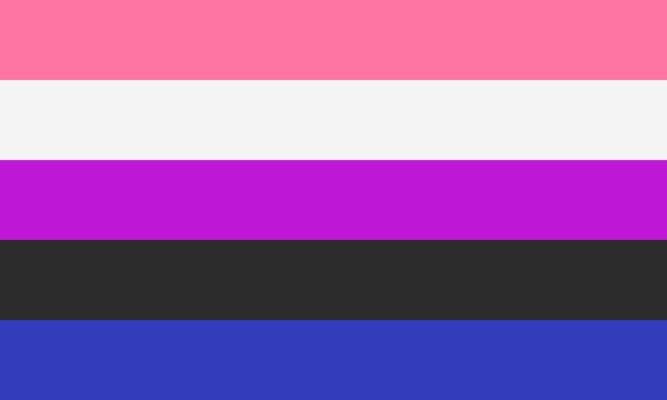 JJ Poole is the creator of the genderfluid flag (2012). The flag comes with five horizontal stripes.

Three stripes with three different colors on the flag have their own meanings:

Intersex people are born with sex characteristics that do not fit typical binary notions of male or female bodies. Intersex is sometimes abbreviated to DSD (Differing/Disorders of Sex Development). Many intersex people prefer gender-neutral pronouns such as they, rather than binary-gendered pronouns like he or she.

Morgan Carpenter (from Organisation Intersex International Australia) created the intersex flag. It was first shown at a demonstration for human rights for intersex people in OII AP’s home country of Australia on October 26, 2013.

The agender pride flag symbolizes an absence of gender. Some people call this non-gendered, neutrois, or genderless.

In 2014, Salem X designed the agender flag with seven equal-sized stripes in the colors black, gray, and white with a central stripe of green; then finishing off with alternating white and gray. 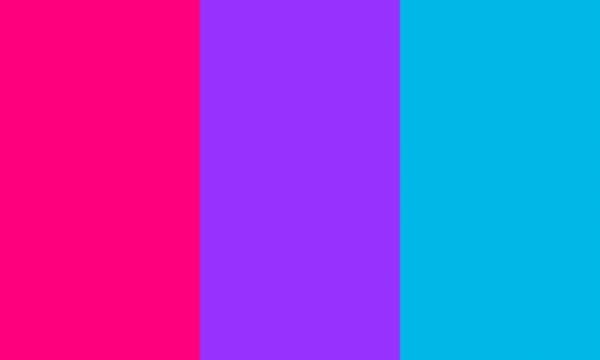 An androgyne is someone who has traits from both sexes. They don’t show only one or the other, but instead, show both at once – without either taking over for good. They can be defined in terms of biological sex, gender identity, or gender expression, such as their outward presentation of themselves – it all depends on where they feel most comfortable. What sets them apart though? The flag!

In 2014, it was created for this concept on Tumblr using the colors pink, blue, and purple. 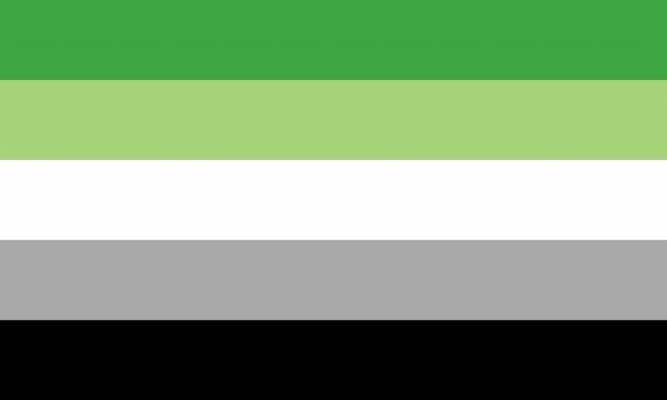 An aromantic is someone who experiences little or no romantic attraction to others. Many aromantics identify as asexual, but not all aromantics are asexual. In fact, some aromantics prefer to think of themselves as non-asexual, noting that they experience a sexual attraction while they do not experience romantic interest.

Others consider themselves romantic individuals who simply do not want to be in a romantic relationship with anyone else. If you’re an aromantic, though, it’s possible you still have questions about what all that means for your life and those around you—especially if you live in a culture that often conflates romance with sex.

Learn more about the Aromantic flag.

An omnisexual is someone who romantically, sexually, or emotionally desires other people of any kind. This means they’re not acttracted to a particular gender but still recognize it when it comes up.

They’re sexually attracted to males, females, transgenders, etc. – whoever they please because to them − love knows no boundaries and all that jazz.

And even though omnisexual people exist, there’s still this consistent question every time one hears about the omni flag – what do the three colors represent?

These are just conjectured at best but it doesn’t stop an Omni from having their own opinions about it! 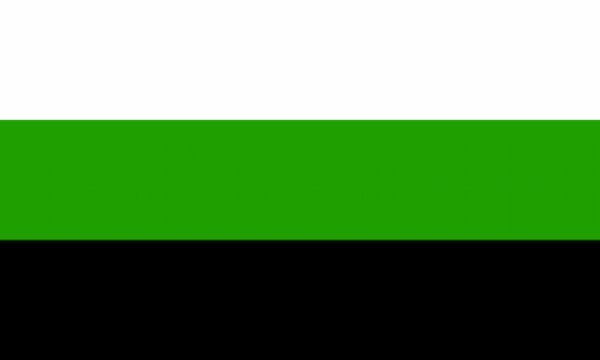 Those who identify as neutrois feel they are somewhere in between genders.

For some, this feeling could mean indifference to gender and merely nonexistence (nullity) of what society identifies as a girl or boy.

The distinction often made is that agender describes the experience of having no gender whatsoever while neutrois signifies one’s feeling of neutrality with their own sex/gender — neither female nor male but both.

The colors on the flag stand for different concepts: 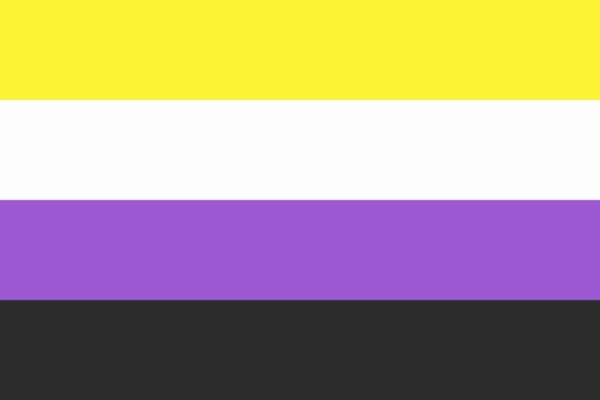 The non-binary flag is a flag that has become an icon of gender variance.  This flag symbolizes all genders other than female or male, including neutrois, agender, genderqueer, two spirits, bigender, pangender, and many more! 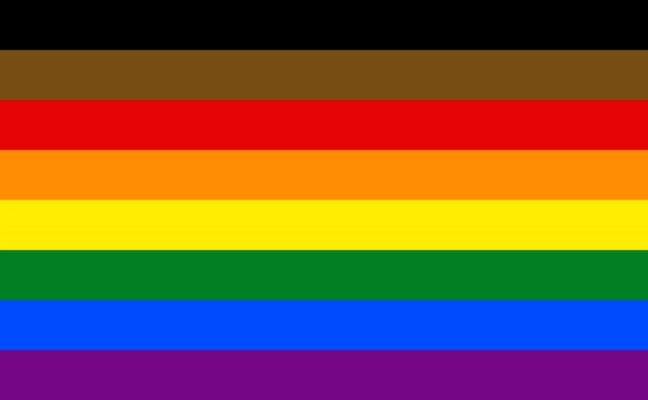 This flag was created in 2017 to recognize and represent the LGBTQ black and brown people. What’s unique about the flag is a black stripe and brown stripe, overlapping a more prominent transverse rainbow stripe. 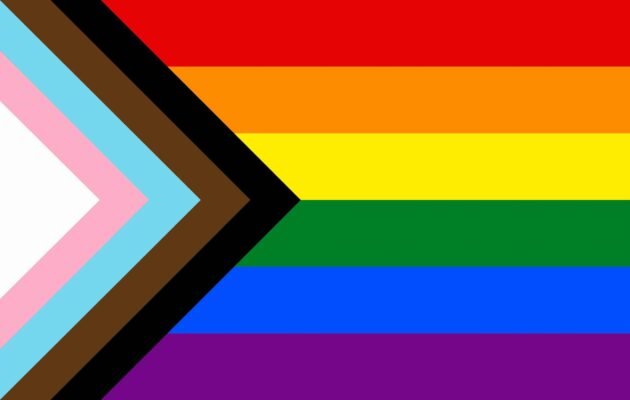 The Progress Pride Flag is a flag created in 2018 by Daniel Quasar to show additional support for transgender people. It’s a modernized version of Gilbert Baker in 1978 and Philly’s version (in 2017), as shown above. 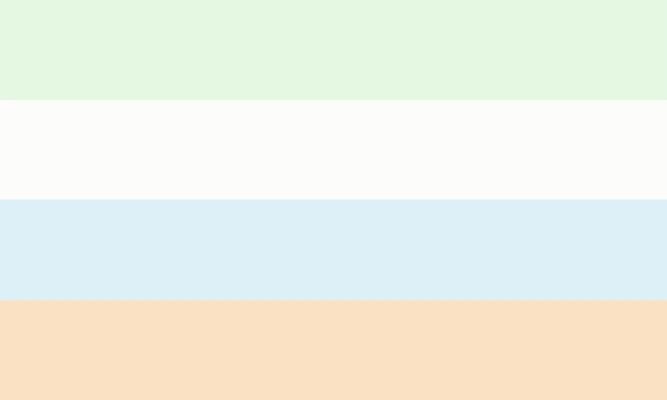 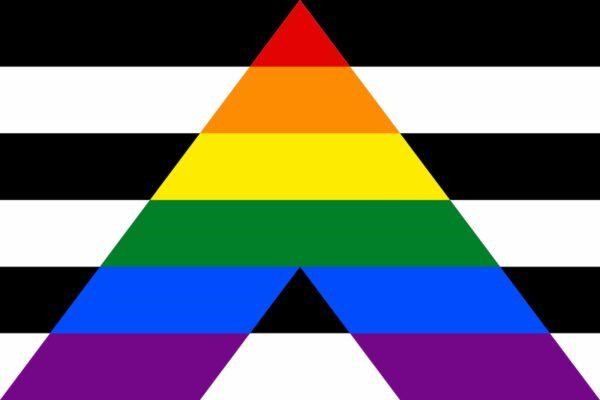 This flag is more than just a symbol; it is a way of life!

The Straight Ally flag was created in the 2000s to signify the allies’ comfort and support of the LGBTQ community. In today’s society, so many straight allies are open about their support for LGBTQA people. No one should ever have to feel alone or like they do not have anyone who has their back when facing homophobia. Remember: all you need is love!

Those Pride flags are a sacred symbol for every member of the LGBT community because they represent the diversity of humans in general and serve as the fight to end discrimination against the LGBTQ+ community.

They are now available everywhere on the e-commerce platform and in your local flag craft store, particularly during Pride Month.

Flagwix, on the other hand, wanted to bring designs that are more vibrant, unique, and playful (based on the original LGBT flags, as you might wonder). Our decorative flags will turn heads and send a positive message to people in Pride parades or on a block. They are all flags LGBT people would want in June.

Check out our selection right here on this page and get yours today! Thank you.