How To Hang Memorial Day Flag

Memorial Day approaches the last Monday of May, and the Memorial Day Flag has become a popular way to commemorate all fallen soldiers in the U.S. military service. It’s also a beautifully contemporaneous action that all Americans hang the flags on their house.

Although the message is clear, many folks might have no clue how to fly their flags properly. So in this guide, we will show you the right way to commemorate our heroes through flags. Besides, we’ll also introduce some types of Memorial Day Flag that we cover and adds unique accents to your property on this special day.

What is Memorial Day Flag?

Memorial Day is a holiday marked as a special day of remembrance and honor since 1968. The United States Congress designates May 25 as Memorial Day, a day to remember those who died while serving in our country’s military services. It usually occurs on the last Monday of the month. On this day, folks hang and fly the Old Glory from house to house, creating a gorgeous red-white-and-blue scene in a block.

During national or state remembrance days, American flags are most commonly displayed. But, it’s alright for individuals and organizations to use specialized flags such as police flags, veteran flags, thin red line flags, etc. People can fly it with the American flag as long as it does not detract from the precious value of American Memorial Day. They must, however, follow the memorial day flag protocol. 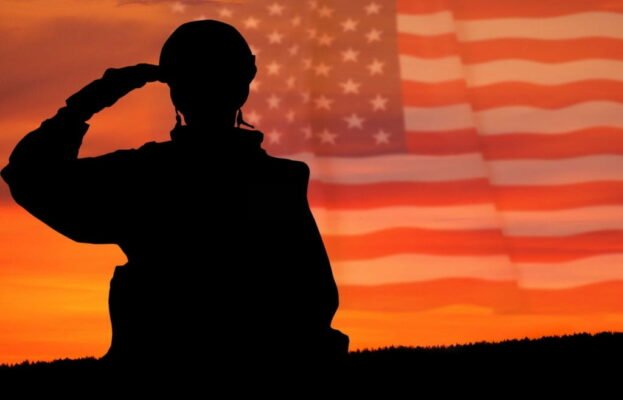 Since the American flag is a sacred symbol of our country, and Memorial Day is all about commemorating, you must follow some rules when displaying the flag.

What are the typical reasons for half-staff proclamations?

How long should I fly the flag?

While there are some basic rules to follow, it’s okay to get creative with your flag during Memorial Day. Just make sure you fly it with respect and consult the U.S. Flag Code before putting up anything together with the American flag.

At Flagwix, we offer a wide range of one-of-a-kind flags created by creative minds and sincere hearts. We would like to thank military soldiers for their existence in this world and for always being prepared to protect our people. It is the reason for the construction of these flags.

Our designs always feature the American flag to create a patriotic effect and not take the flag away from the meaning of a memorial day that belongs to America. On the flags, we print respectful messages to pay tribute to the deceased heroes.

Our designs always include the American flag to create a patriotic effect while not detracting from the significance of such a day that belongs to America. We print meaningful messages on the banners to pay tribute to the fallen heroes. Furthermore, the silhouettes of soldiers on the flag serve as a reminder of what Memorial Day is all about.

Remember always to honor those who gave their lives for our freedoms. We love America, and we need to work together to make sure it stays great!

I hope you enjoyed my post about how to fly your flag of any kind on Memorial Day. If you have any questions or comments about flying your Memorial Day flag, please contact our Support Team at support@flagwix.com.

Thank you! Have a great day!