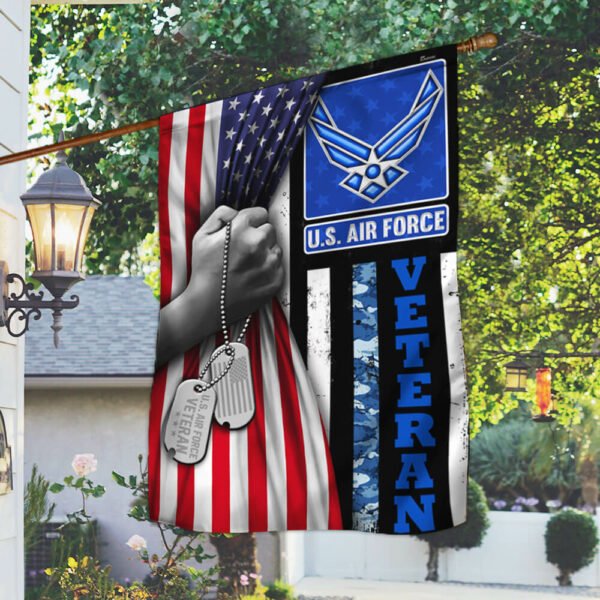 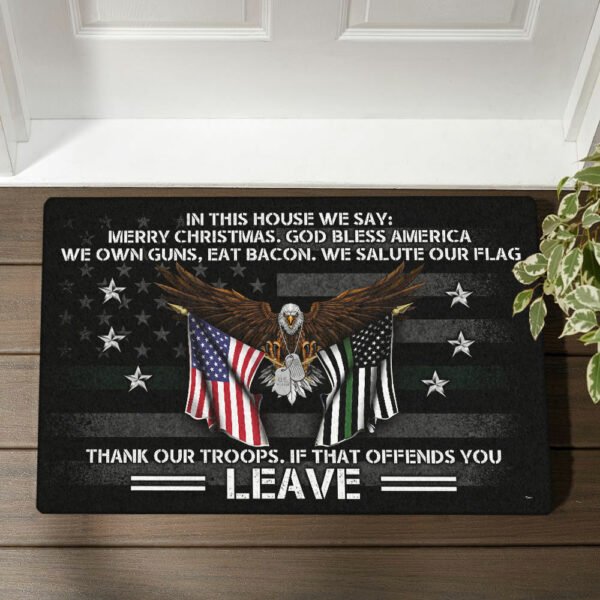 Patriotic Doormat In This House We Salute Our Flag DDH2932DM 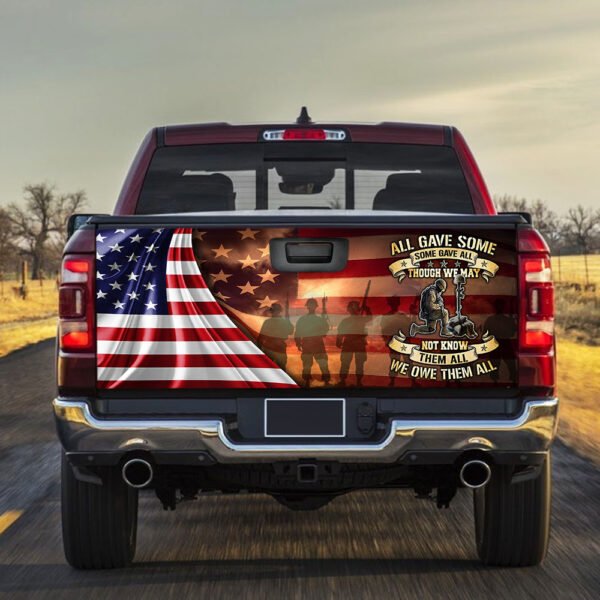 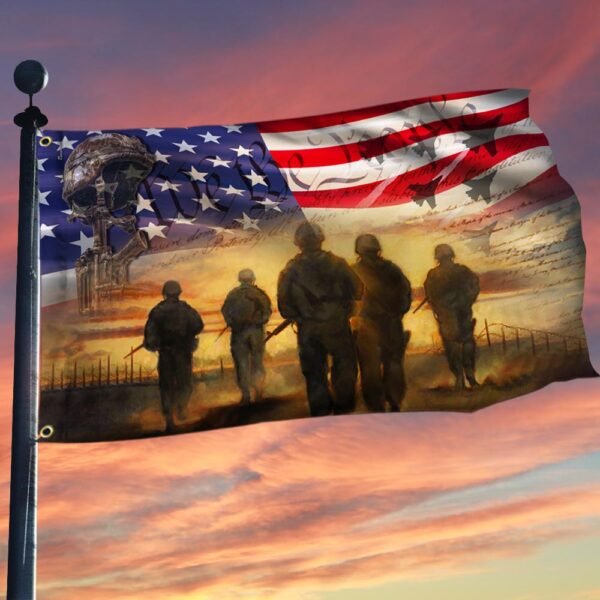 Memorial Day, All Gave Some, Some Gave All Veteran Flag THH3855GF 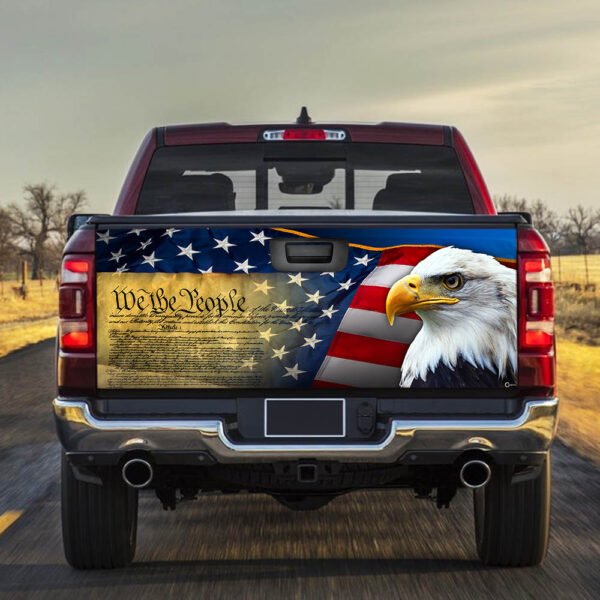 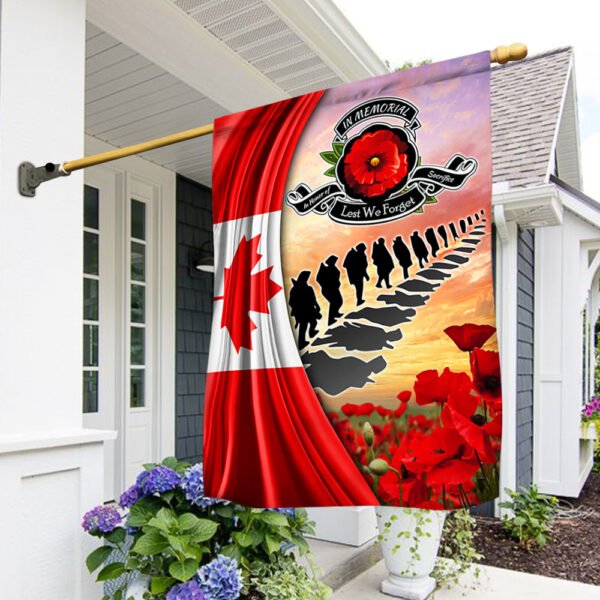 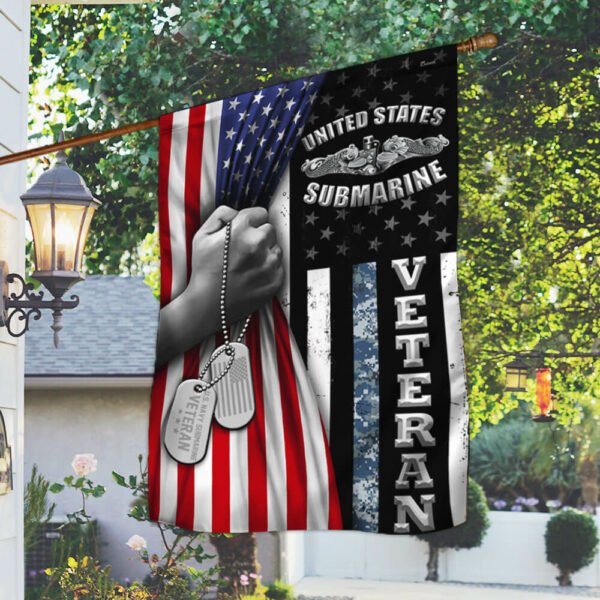 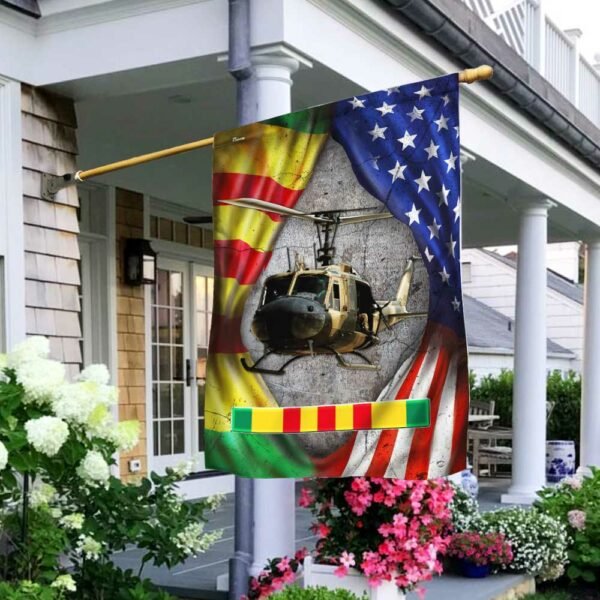 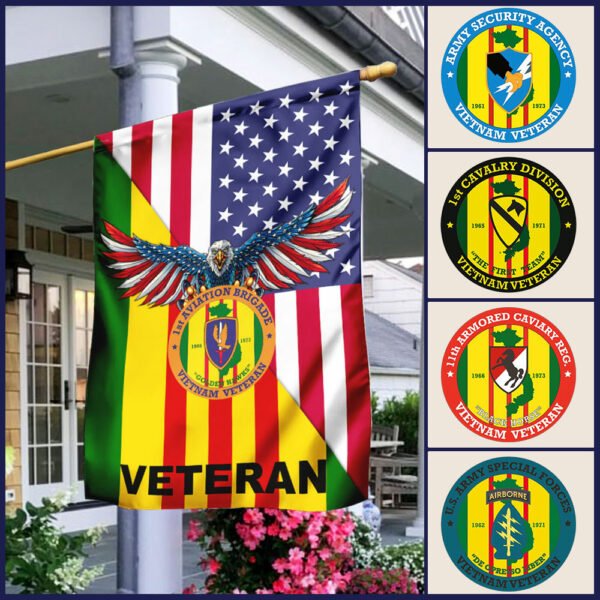 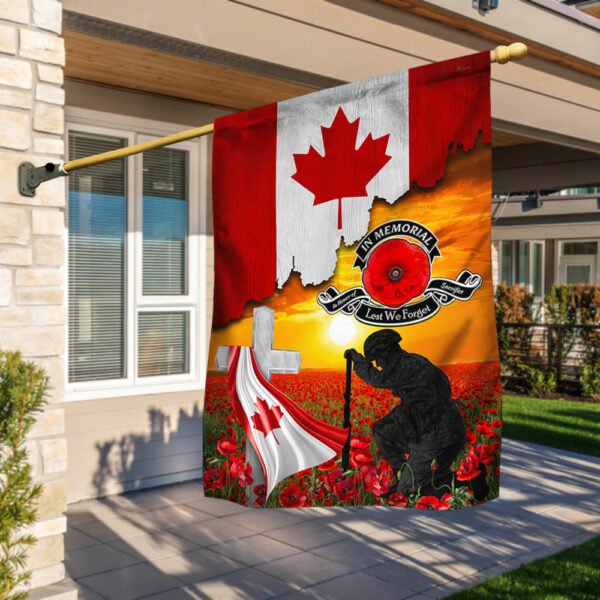 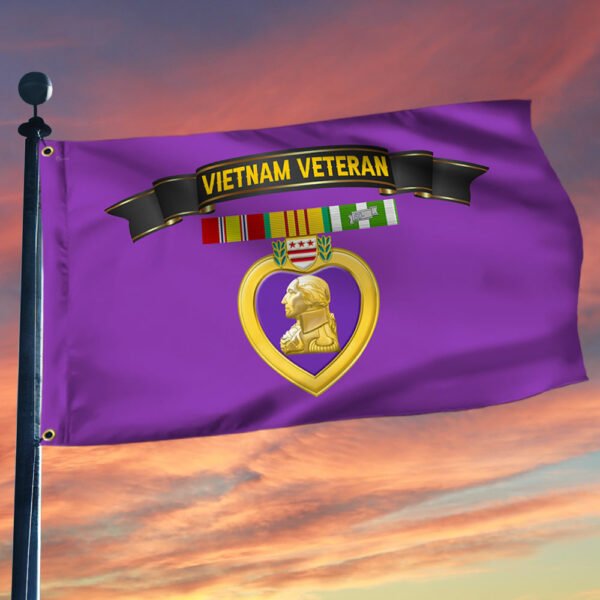 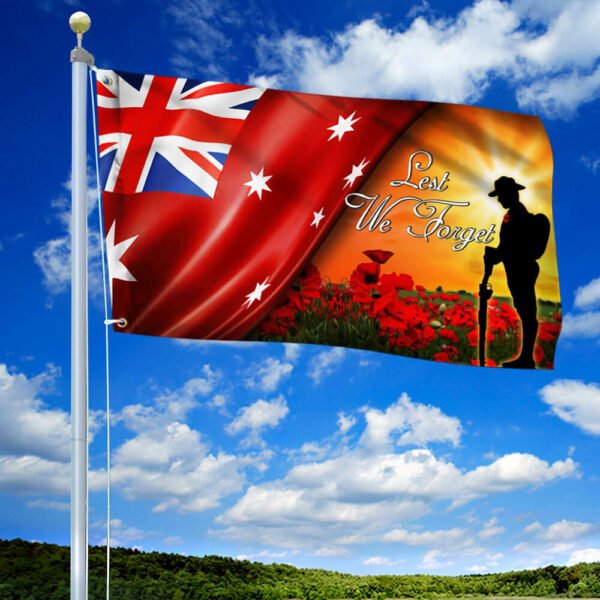 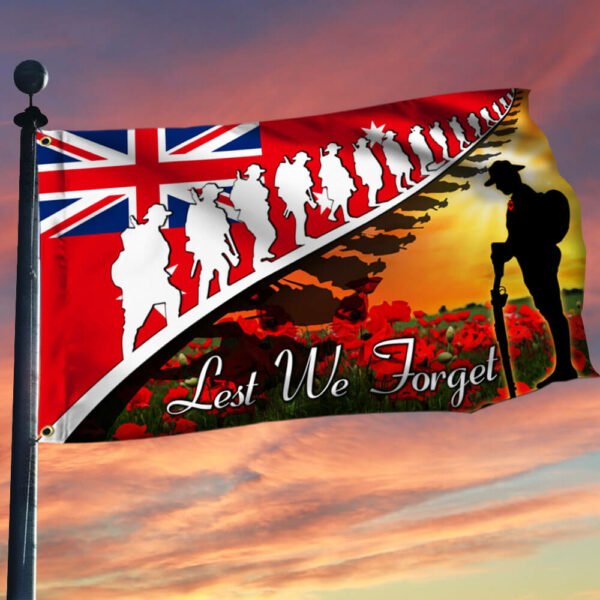 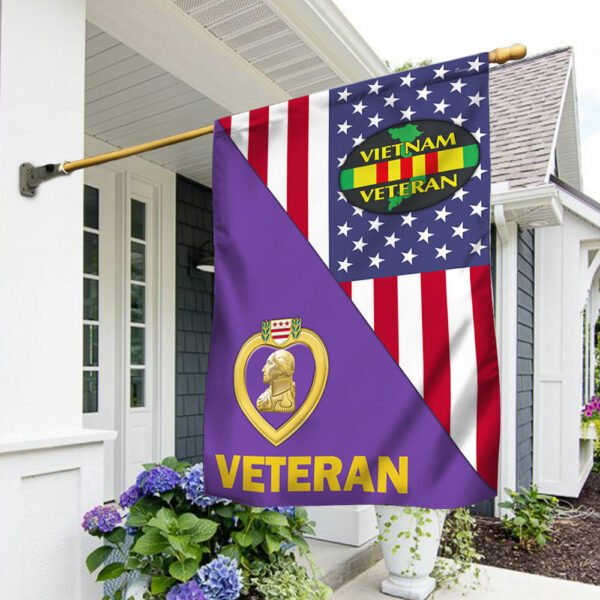 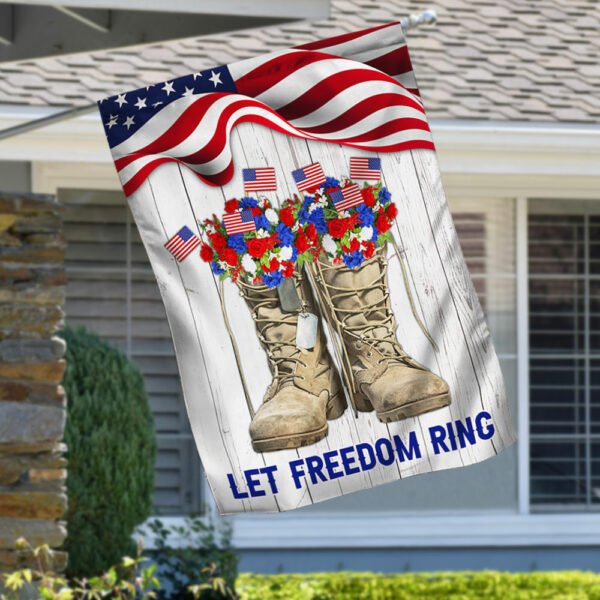 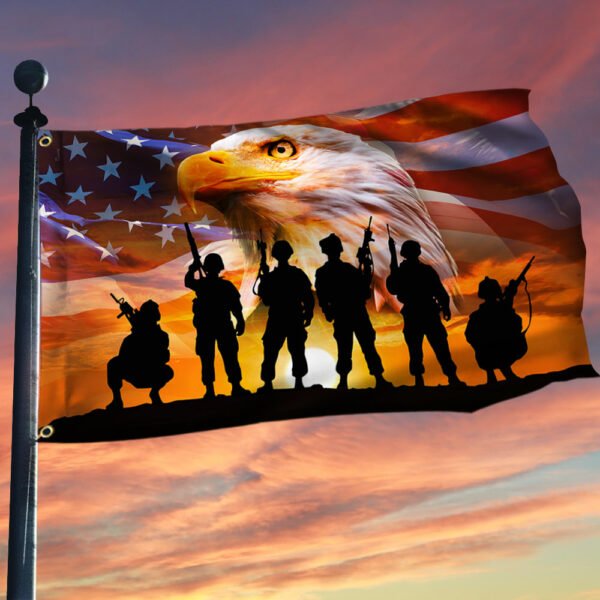 Flagwix is now participating in the Give an Hour program for providing our national veterans with essential mental health care.

But it would mean nothing without your actions that are sure to make GREAT IMPACTS!

Give an Hour is a non-profit organization that provides mental health support to military, veterans, and loved ones affected by time in service.

The organization has given over 373,000 hours of mental health service to the targeted recipients, thanks to a huge network of over 4,500 mental health providers.

It’s committed to providing help and hope to those in need by focusing on mental health education in collaboration with professionals, leaders, and volunteers. Flagwix prides itself on being part of this aim-for-good journey!

Through Give an Hour, now you can actually help national veterans with each Veteran flag you buy from us.

How to do it: Simply add at least one veteran flag to the cart, accomplish your payment on Flagwix, and then you’ve supported veterans practically and reliably.

Thank you for your generosity!

How to Choose the Right Decorative Veteran Flag

Whether you’re searching for the perfect gift to honor your veterans, or you want to decorate your house in honor of Memorial Day or Veterans Day, a Veteran flag is either the perfect item to consider. However, you need to pick the right one!

Since there are so many kinds of flags available, choosing can be tricky — but by following this guide as below, you can find just the right flag to express your patriotism and love of your country!

Moreover, you will also have a chance to learn how to display a Veteran flag. Let’s get started!

What is a Veteran Flag?

In addition to red, white, and blue, American flags come in a wide variety of colors and patterns. A veteran flag is one such variation of an American flag that’s specifically designed for veterans and active military members.

The look of a veteran flag may be similar to that of an official American flag: It has 50 stars (one for each state) on a blue background with 13 red and white stripes. However, instead of stars to represent individual states, it feautures meaningful symbols such as eagle wings, badges, a wreath, or olive branches, etc. representing those serving in historic wars or conflicts.

The official symbolic references may also depend on where you live. Some states use symbols determined by legislation, while others may just rely on the standard representation used by area veterans groups.

A perfect flag can come from its eye-catching design, yet first, it has to match those you want the flag to represent. Or, if you use a flag to decorate your home, make sure that the veteran living in your house would recognize an immediate emotional connection to the flag once they see it.

That is to say, you must know what military service branch they worked for before even thinking about choosing a nice flag!

Here are some of the veteran flags available for your reference. Make sure you choose the right genre.

Our Vietnam Veterans flag is a hybrid of the American flag and South Vietnamese flag, with symbols representing soldiers who served and sacrificed in the Vietnam War.

Although the Vietnam War has remained controversial since its inception─ a war that no one wanted in the first place, we believe it’s still important to remember those Americans who served during the time.

They are, after all, true patriots. So, let these flags speak your heartfelt admiration toward them while carrying out the historical mission of “Welcome Home Vietnam Veterans of America.”

The Navy flags depict a golden anchor on the flag’s blue field and represent the Navy’s heritage in making a difference and their contributions to freedom, liberty, justice, and democracy.

If you have a loved one who served in the United States Navy, consider purchasing our Navy veteran flag!

The U.S. Navy has had great contributions in both modern warfares and defending our nation against attack. Their contributions to protecting America will never be forgotten.

So let’s honor them with our high-quality 29.5″x39.5″ Navy veteran flags that are proudly made by the one-and-only American advanced production technology line.

We chose the bald eagle as a US Air Force veterans symbol on our flags. This animal, which also serves as the national emblem of America, is strong and resilient enough to represent the work of our veterans who defended the national skies.

Also, several flags bear the mark of the United States Air Force, demonstrating the historical significance and solemnity on such a commemorative flag.

Our flag honors all members of the Air Force who have served since its inception as an independent service branch in 1947.

The Army veteran flag is a tribute to those serving in the U.S. Army and received an honorable discharge or were killed while on active duty.

Most of our Army Veterans’ flags feature the mark of the United States Armed Forces. Also, it is neccessary that we must emphasize the symbol on our Army Veteran flags because that is the largest and oldest force of the US military.

It reminds us all that these men and women defended our country and uphold American values for a long time.

If you are looking for a unique gift for a loved one who served in the US Army, check out our flags. Let them know that you care about and honor their contribution in the history. Beyond that, let them understand how important they are to the prosperity and peace of our country.

We have options for you if you want a flag to honor all of American veterans. Several flags bear the image of Jesus Christ to honor and bless the veteran souls who gave their lives in service to the country. They are ideal for flying alongside the American flag on Memorial Day.

Most importantly, when you fly it in your yard, it expresses your pride and gratitude to American veterans in a way that is gentle yet impactful on the public.

Other flags (which are non-religious) are more straightforward in design, with a soldier’s silhouette and the American flag.

They also feature a few tributes to bring the flag to life, giving it the appearance of genuinely conveying a message.

How to Display a Veteran Flag

A Veteran flag displayed on your property is a great way to honor veterans and their service. But if you’re looking for ways to display them, you have all of your options—flags can hang horizontally or vertically in your property, or fly from tall poles placed in front of buildings.

If you display the Veteran flags along with the Old Glory, make sure to follow the United States Flag Code.

One of many important rules is that the American flag must be hang above all other flags or be flown to the right of them. Take note of that!

Additionally, before choosing how to hang a flag outdoors, keep these things in mind:

The Importance of Showing Respect to Veterans through Flags

While it is important to spend time with friends and family in commemoration of our servicemen and women on holidays like these, it is a thoughful act to display a decorative veteran flag as well.

Not only do flags give us a chance to honor our veterans, but they also help us spread some messages with pride and respect!

For short, flags are definitely worth every penny if you want to make a lasting impression that truly honors their service.

When a Veteran dies, who gets the flag?

A flag presented in honor of a deceased veteran is usually given to the next-of-kin (a close member of his or her family). This flag is considered a keepsake and not something that is passed from one family member to another over time. However, some families decide to present such flags on Memorial Day or other holidays as an act of remembrance. All members should make the decision whether or not to pass along these items of a veteran’s family by their wishes regarding individual items of sentimental value.

What does the solid black American flag mean?

The solid black American flag, also known as a military or war flag, symbolizes pride and remembrance. The design is simple: a solid blue background with white stars representing America’s place in space. The actual meaning behind it, however, may be different for everyone. As Veterans Day approaches on November 11 each year, many people hang out their military flags to honor those who have served in our armed forces.