In recent years, there has been a push to have the Christian Flag flown alongside the American flag in government buildings and other public places.

Do you support the Christian Flag? Read on to learn more about this important debate and what you can do to make your voice heard.

1. What is the Christian flag?

Let’s find out about the Christian flag history first.

The Christian flag is a white flag with a red cross in the center. It is a symbol of Christianity and is flown by Christians around the world.

The Christian flag represents the worldwide body of Christ and is a declaration of faith in the one true God. The flag is also a reminder of the sacrifice of Jesus Christ on the cross and our need for salvation. 2. The history and meaning of the Christian flag

Have you consider about What does the Christian flag symbolize?

The Christian flag was first used in Brooklyn, New York in 1897. It was designed by Charles Overton Johnson, a Methodist minister. The flag quickly became popular and was adopted by many churches and organizations. 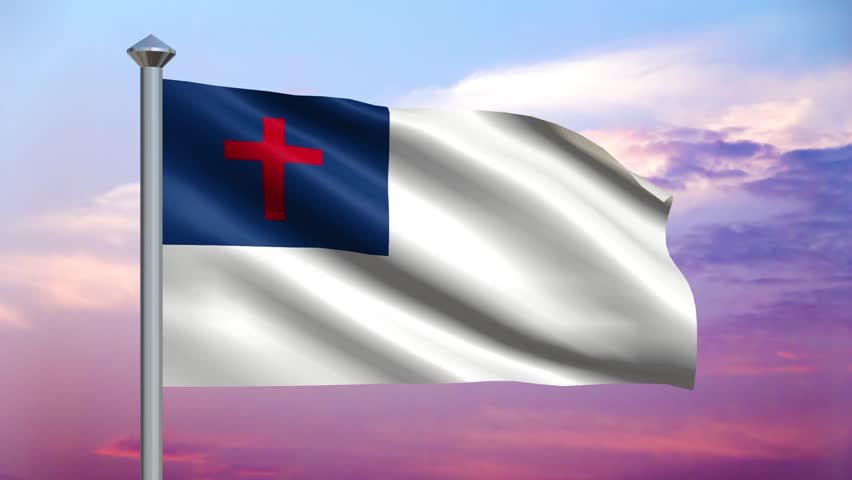 When Charles C. Overton realized there was no standard flag or picture to represent Christianity in general, he created the Christian flag.

Ten years later, in 1907, he began formal planning and creating the flag with secretary Ralph Diffendorfer. In the late 1900s, the flag was recognized by most Protestant denominations and began to be exhibited inside churches around the world.

Today, it is flown by Christians of all denominations as a sign of unity. So what does the Christian flag mean to you? For some, it may be a symbol of hope and salvation.

For others, it may be a reminder of the sacrifice that Jesus made for us all. Whatever its meaning, the it is a powerful symbol of faith that has united Christians for centuries. 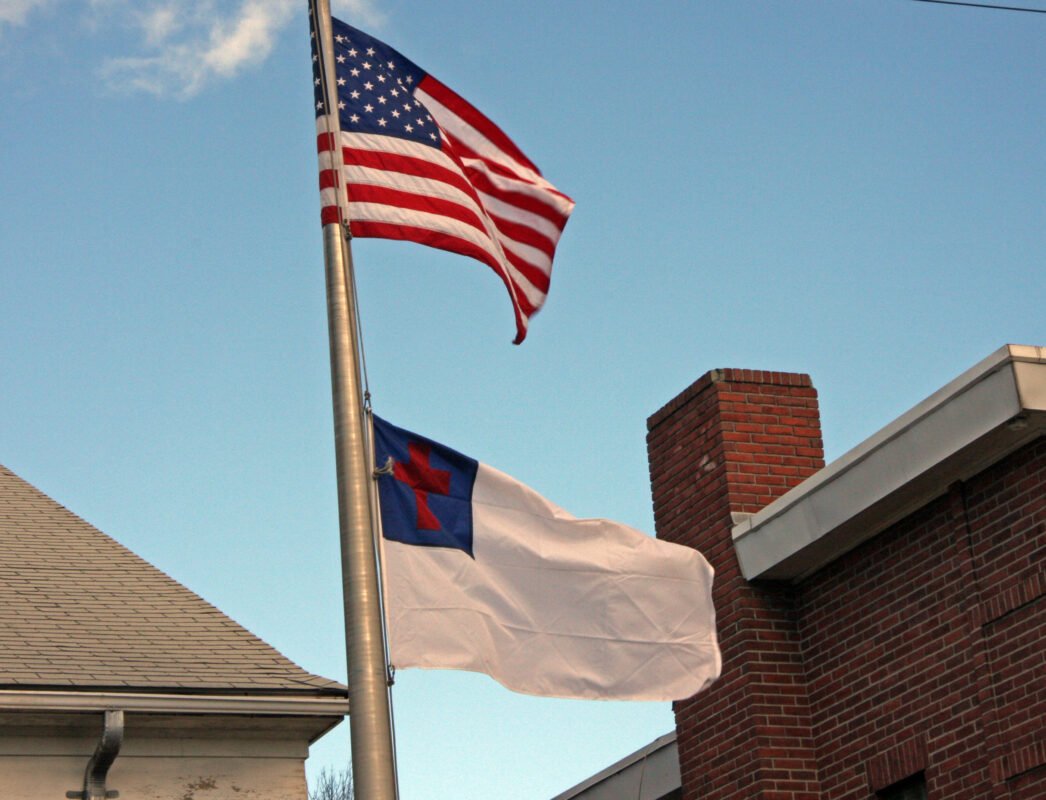 3. Why the Christian flag is important

It is a reminder that we are all children of God and that we should treat each other with respect. 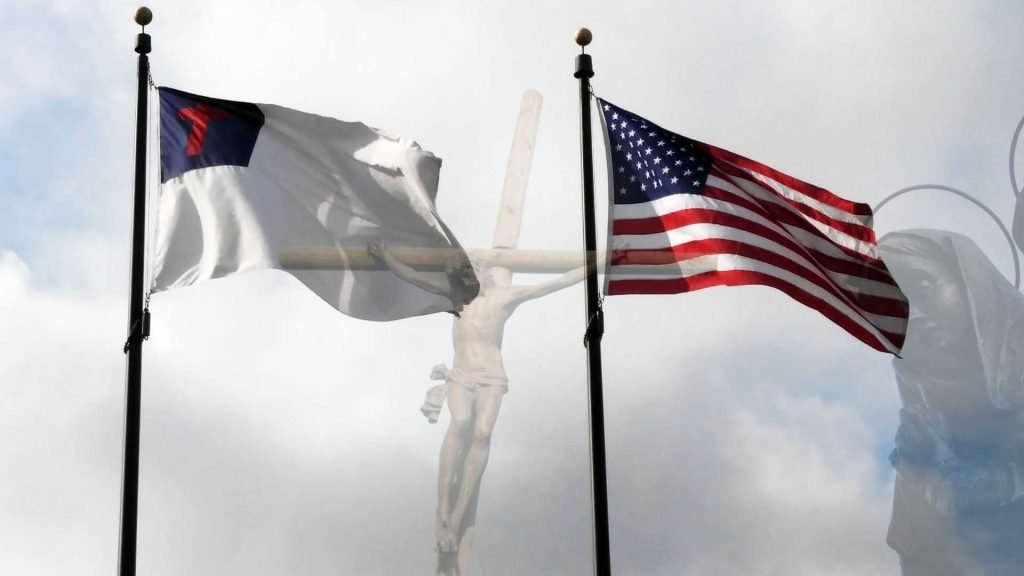 About the Christian flag colors, each hue in the flag represents something symbolic. The color red denotes sacrifice and the teaching of Jesus Christ’s blood poured on the cross to rescue the world. Blue is the color of fidelity, or fidelity and loyalty. White represents purity and tranquility.

These virtues are associated with the Christian Bible and symbolize the principles for which Christians are exhorted to strive and pursue. Christians believe that when Christ died on the cross, His blood saved the world, bringing purity and peace to those who believe in Him.

As a result, the Bible commands Christians to appreciate and hold on to the Bible’s teachings with loyalty and loyalty through any adversity or blessing.

4. How the Christian flag can be used in our lives today

The Christian flag is a strong symbol of faith that may be used to express our views in a variety of ways. While the flag is most often seen flying at churches or Christian activities, it can also be used in our homes to demonstrate our devotion to Christ.

The flag can also be used as a Christian flag pledge to share the message with others. 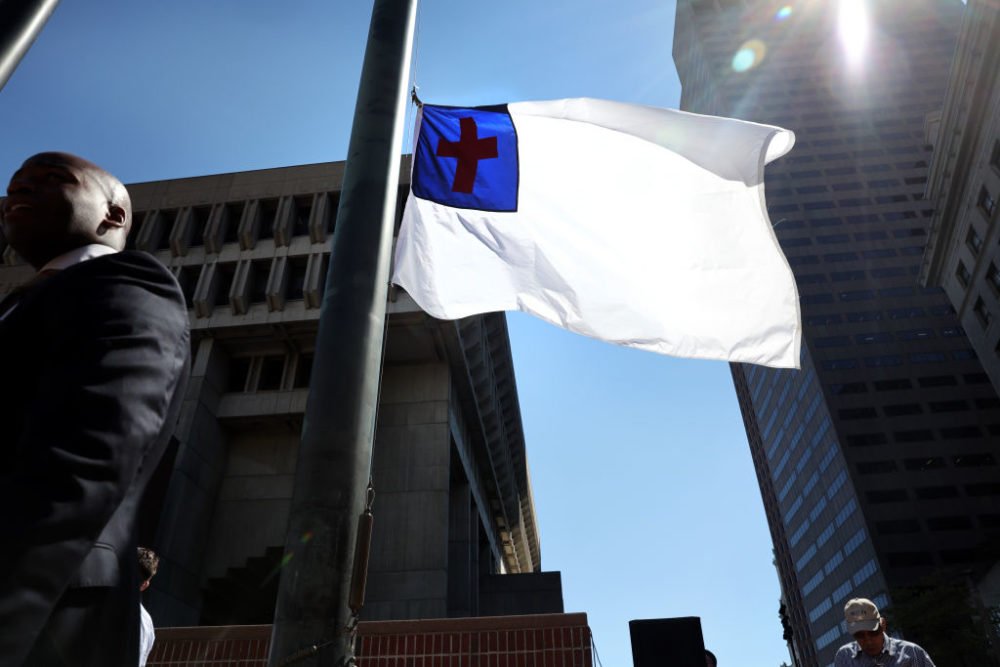 You can try some ways:

Let’s see some image, coming from the Christian Faith Flag Collection, or you can see more at Flagwix: 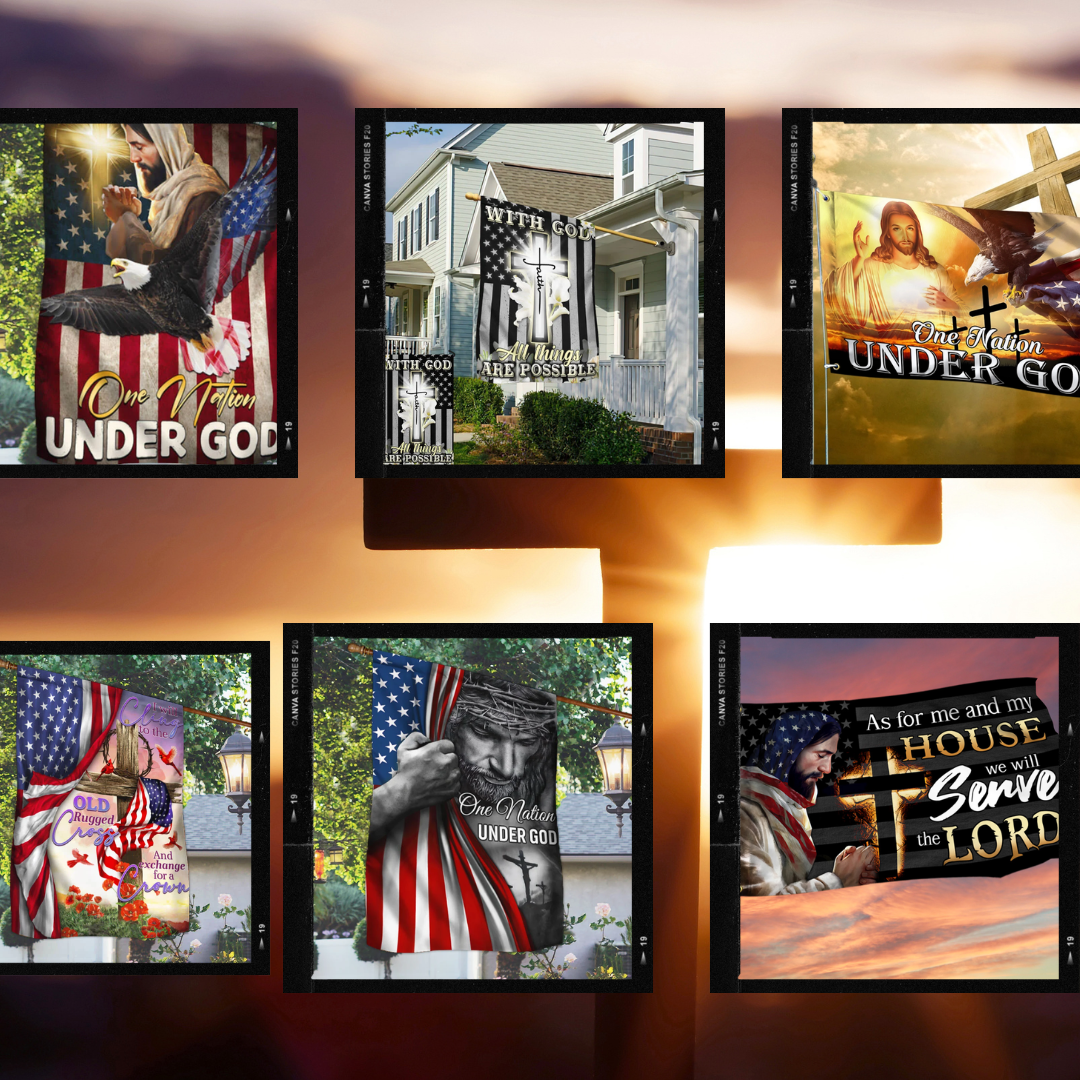 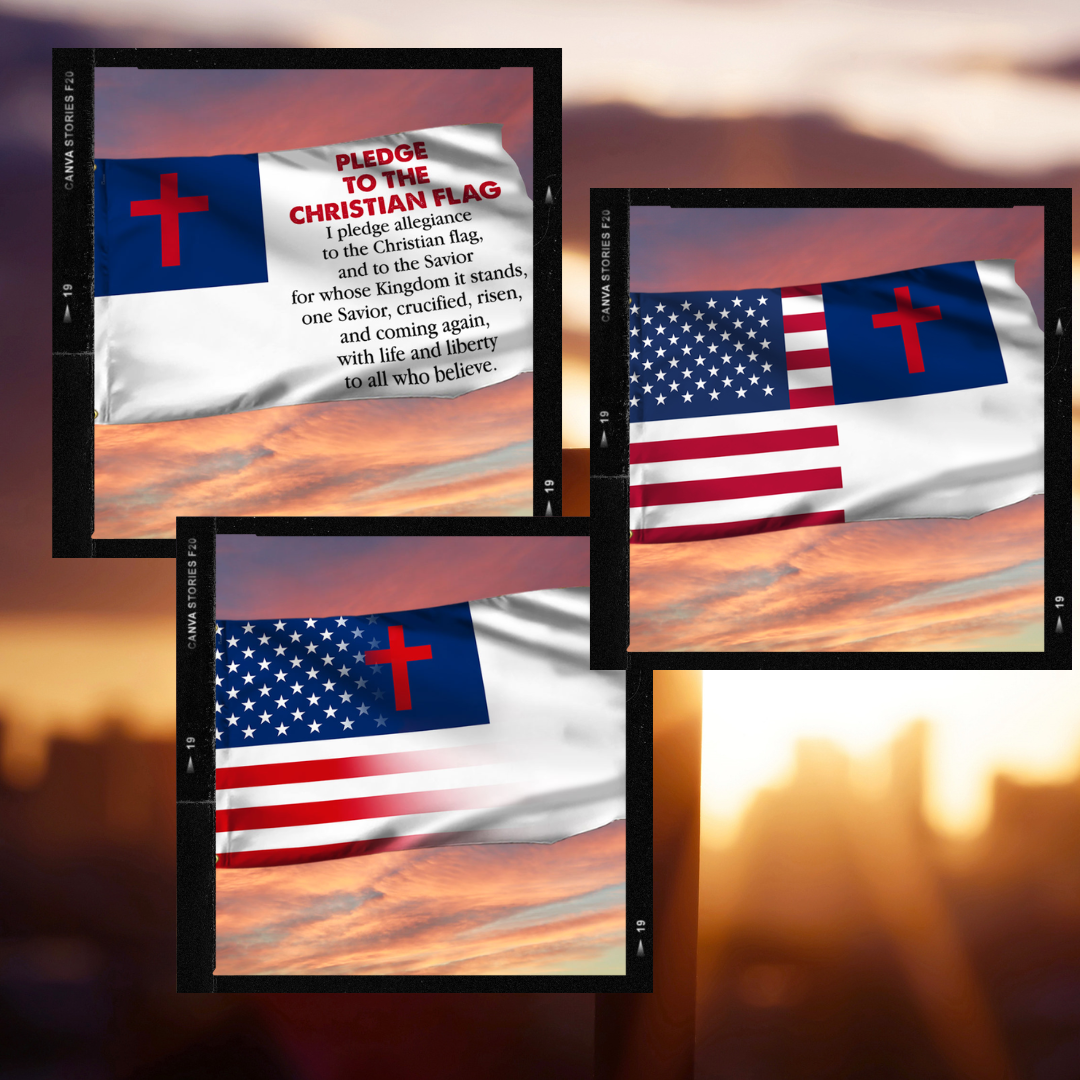 Hang the Outdoor Christian flag outside and show your believe in God. Great for Christmas and other special occasion. 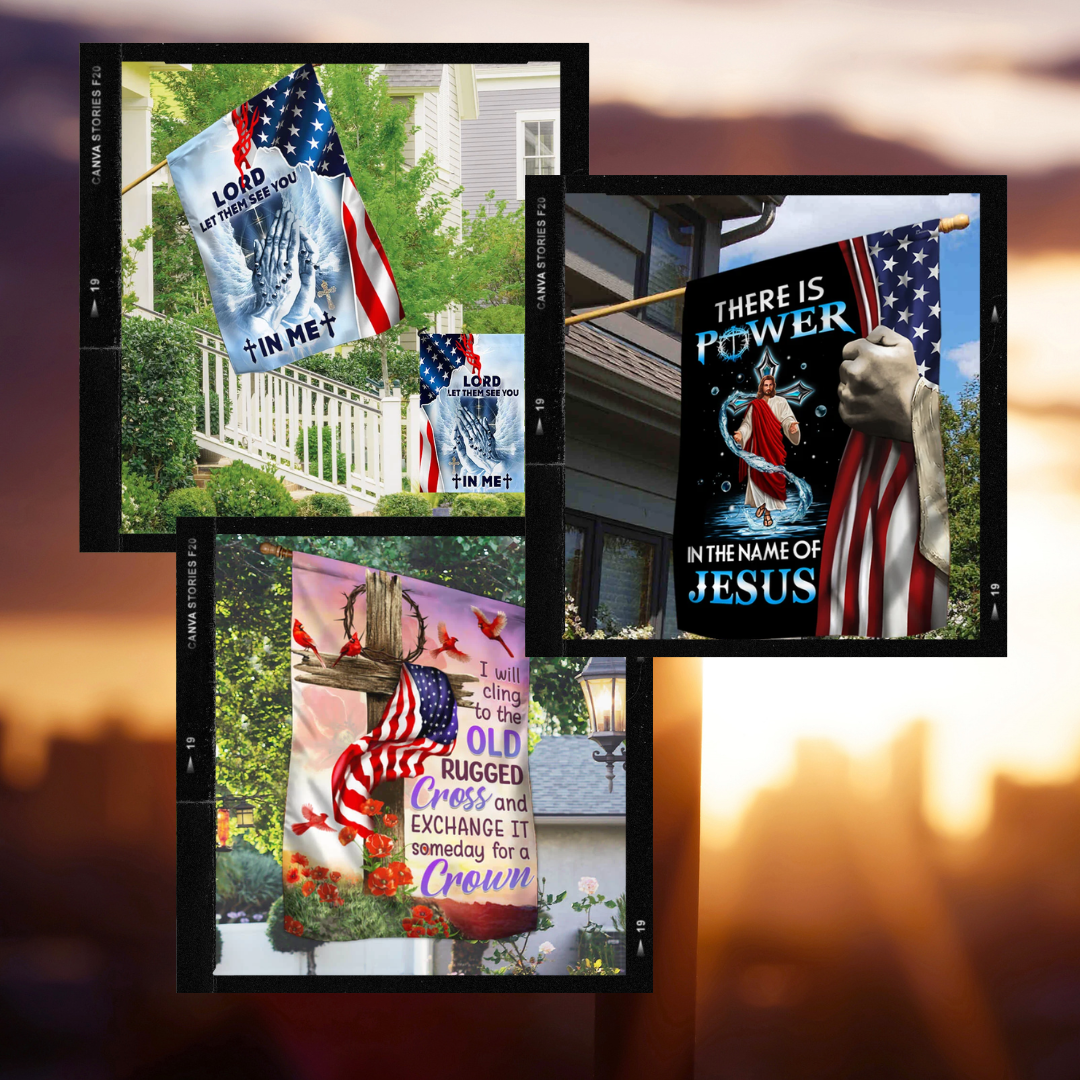 It is flown by Christians as a sign of their faith in Christ. The flag is also flown by organizations and individuals who support the Christian message.

What Did You Know About The Pledge Of Allegiance To The Christian Flag?

“I pledge Allegiance to the Christian flag, and to the Savior for whose kingdom it stands, one brotherhood, uniting all Christians in service and in love. I pledge allegiance to the Bible, God’s Holy Word. A lamp unto my feet and a light unto my path, its words will I hide in my heart, that I might not sin against God”.

When exhibited horizontally or vertically against a wall, the combination must be at the top and to the right of the flag, i.e. to the left of the observer. When shown in the window, the flag should be displayed in the same manner, with the union or field in blue to the left of the street observer.

The Christian flag represents so much more than just Christianity – it represents love, hope, and unity. In a world that is increasingly divided,it is a powerful symbol of what we can achieve when we come together in love. We should all support the flag as a symbol of our shared values and our commitment to working together for a better future.