Each country’s national flag has its own tale and history. It is not only a symbol representing a country, but it also represents the country’s ancient legacy.

In this blog entry, let’s learn more about the Indian flag. 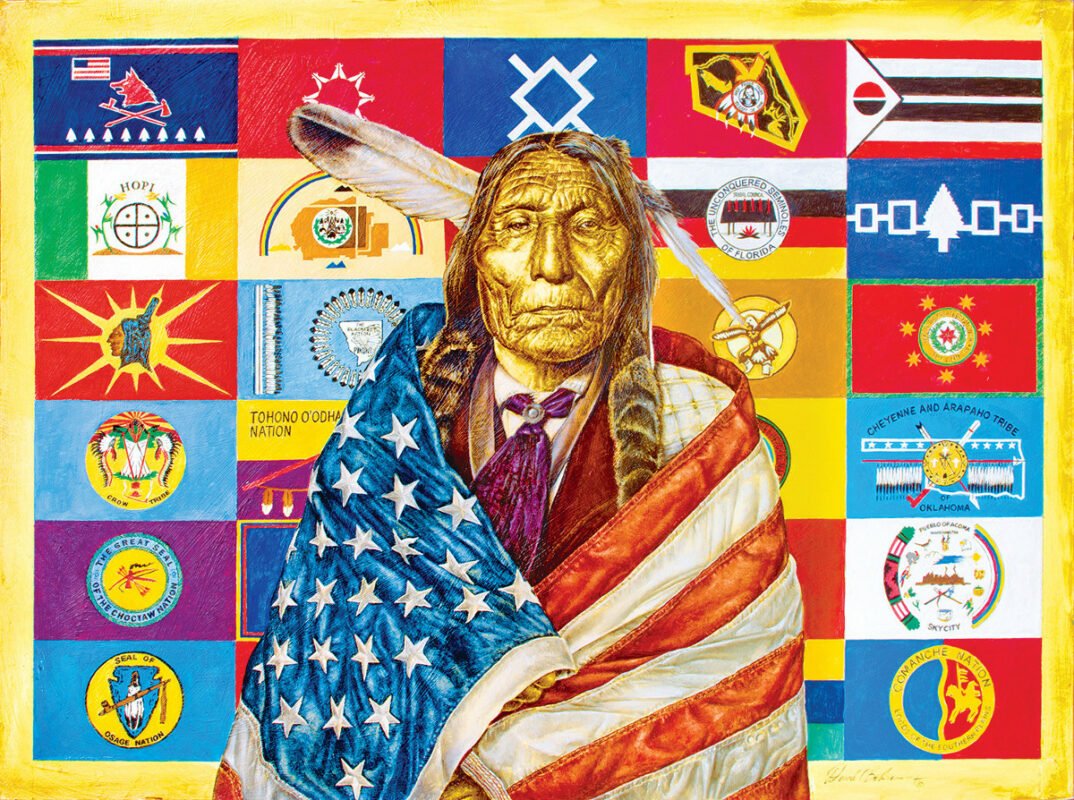 In fact, there are many Native Americans still living in North America and there are also quite a few different tribes large and small living in the United States. No matter how big or small a tribe or how many years it has been around, all have their own culture, heritage and symbols that they preserve and cherish. That means they also have their own flags, like the American Indians, for example.

According to Wikipedia, Native Americans, also known as American Indians, are the indigenous peoples of the United States, “including Hawaii and its territories, as well as Northern Mexico and Canada and other times only the US mainland.

According to the U.S. Census Bureau, there are currently about 6.79 million Native Americans living in the United States, which is more than 2% of the country’s population. This is equivalent to more than the population of about 100 different countries around the world.

According to the National Conference of State Legislatures, these 6.79 million Native Americans are divided into 574 different tribes, each with its own flag. In Canada, the estimated total number of Native Americans is about 1.67 people, or 4.9% of the country’s total population as of 2020.

Like the United States, these Native Americans span 630 distinct communities. They are divided into 50 communities and 50 different countries. Each country and community also has its own flag and native language.

The meaning behind the colors of the Indian flag 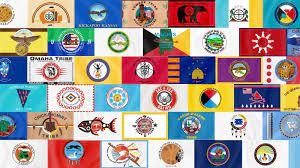 With such a division of communities and nations, it’s hard to say what is the official flag for all American Indians, especially when they are so completely independent and culturally separate.

The flag that is highly recognizable by the vast majority of Native Americans is the Four Directions flag. With each different community, there will be some variation, such as that of the Miccosukee tribe, of the American Indian Movement, or an inverted version of this movement with the Peace symbol in the middle. 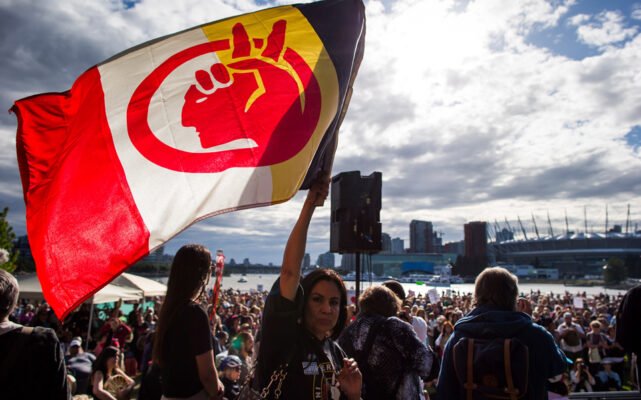 All four of these variants have the same colors, which represent the directions: White represents North, Black represents West, Red represents East and Yellow represents South.

None of these flags is an official representation of all Native Americans as a group.

Flag of Apalachee
One triangle has brown stripes and is inverted inside another triangle with three spirals in the corners. 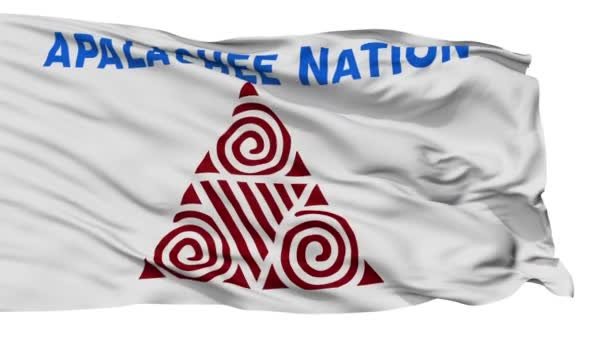 Tribal flag of the nation Blackfeet
The territory map of the Blackfeet nation is surrounded by a circle of feathers on a blue background with a vertical line of feathers to the left of the circle. 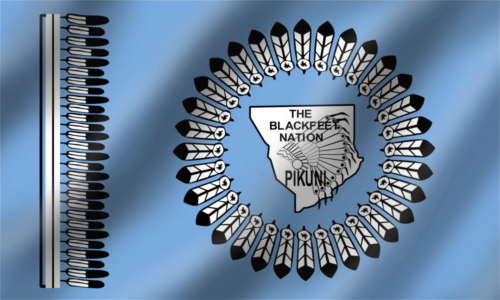 Chickasaw tribal flag
Chickasaw seal on blue background with a Chickasaw warrior in the center. 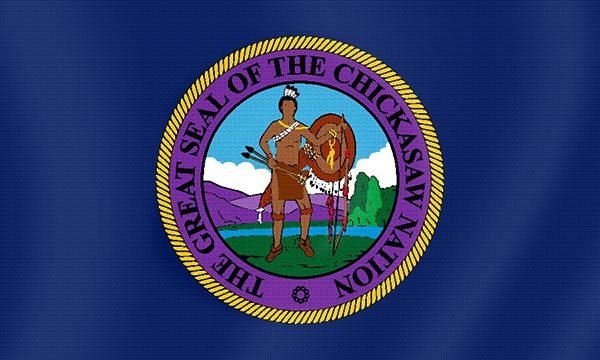 Cochiti Pueblo tribal flag
A Puebloan drum in the center, surrounded by the tribe’s name.

Silhouette of a Comanche Rider in yellow and within the seals of the Lords of the Southern Plains, against a background of blue and red. 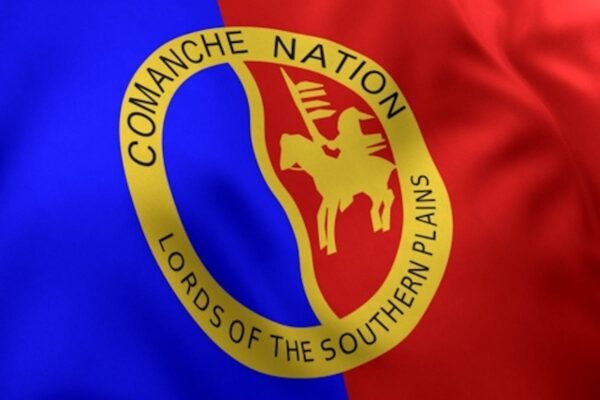 A tipi with two large native hats on either side, a tube underneath, and a mountain with the rising sun in the background. Flag of the Iroquois  Tribe

A white pine tree with four white rectangles to the left and right of the tree, all against a purple background. 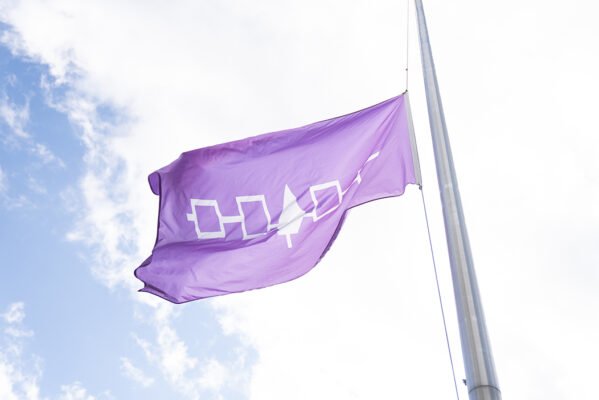 A large Kickapoo flag in a circle with an arrow behind it. 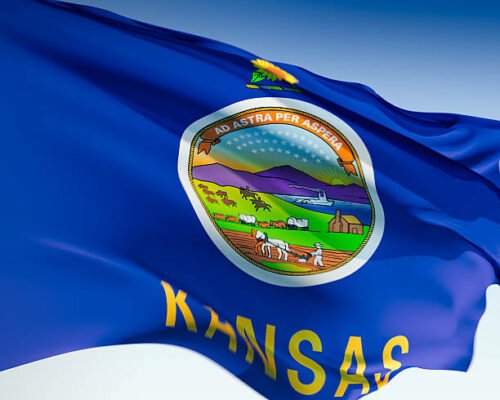 A red and white circle surrounds the Standing Rock symbol on a blue-violet background.

Navajo flag – Map of the Navajo territory with a rainbow above it. 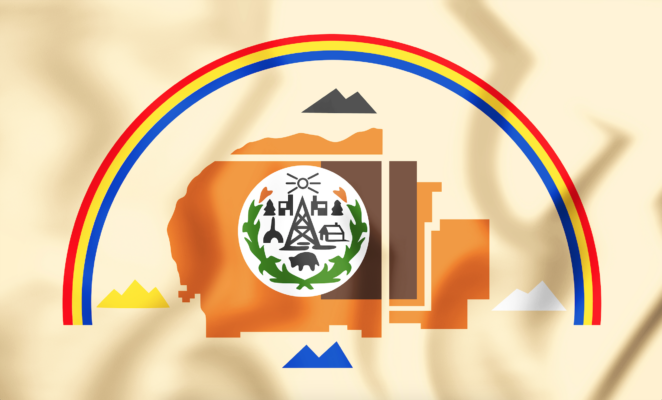 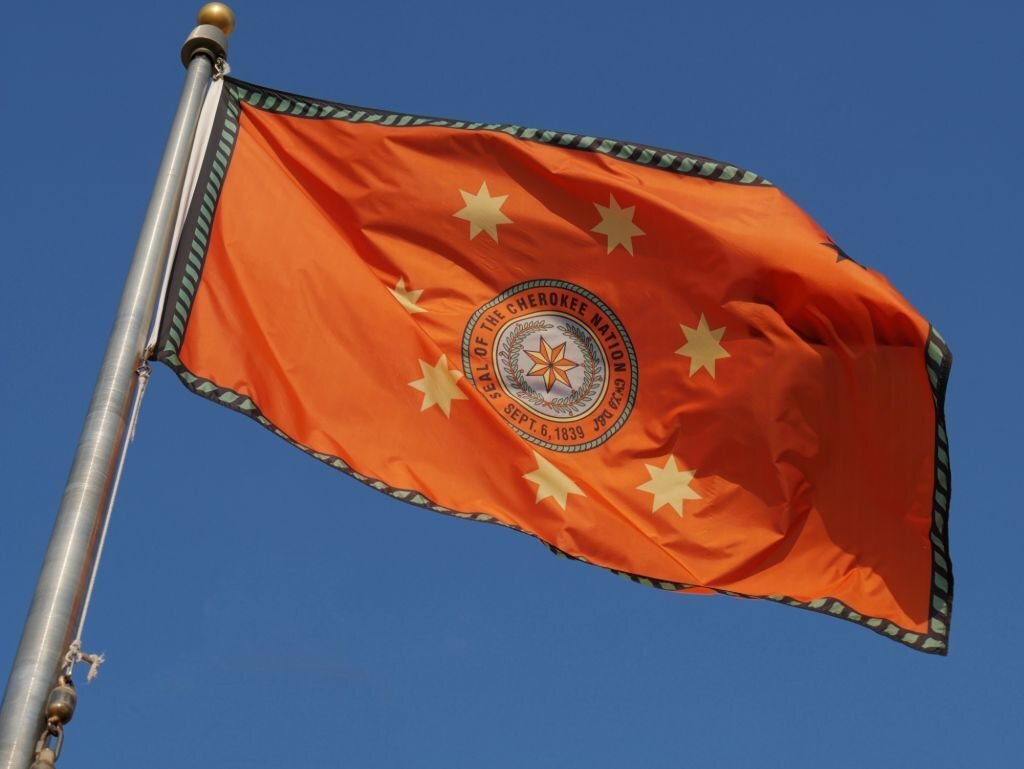 In both color and design, the Cherokee Peace Flag is iconic. About the Cherokee nation flag meaning, the red stars indicate victory and achievement, while the white background represents happiness and serenity. Each star’s seven points represent the Cherokee’s seven clans.

Now, time to see some items from Native American Collection 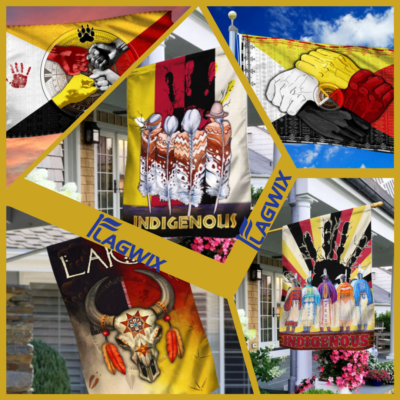 What do the 3 colors of the Indian flag mean?

The colors of the flag – saffron, white, and green – represent the different religious groups that makeup India’s population.

Does India have 2 flags?

India has two flags. One for India and one for Kashmir. As of 2022, there is no officially recognized flag for the states or union territories of India.

The national flag is the most evident reflection of a country if you want to learn about it. I hope this post provided you with useful knowledge about Indian flag and some Native American tribal flag.

Don’t forget that Flagwix also provides decorative flags and souvenirs. We create a corner for you to select products to brighten up your home!