Pitbulls are usually seen as aggressive and deadly dogs. However, due to its robust and loyal personality, this breed is still purebred and trained to be dogs and to serve the community by many people.

The Prideful History of Your Favorite Dog Breed 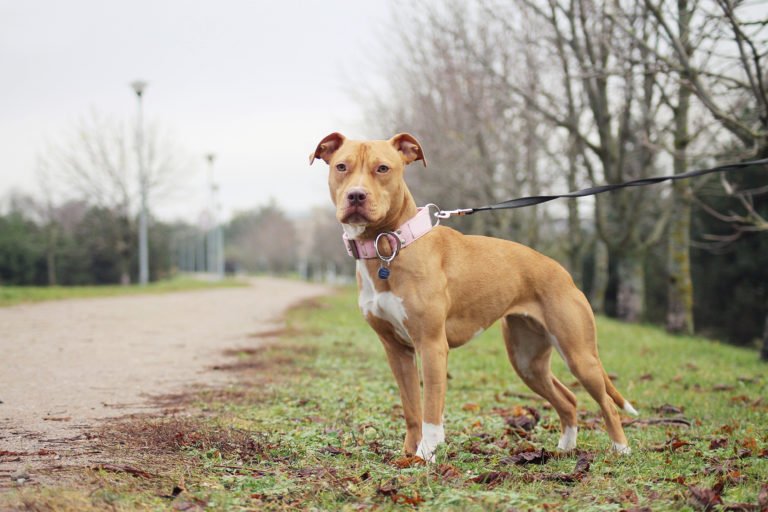 The Pitbull was originally bred to create a fighting dog that was incredibly strong. They were used to participating in bloody “bull-bear baiting” fights that were organized by indigenous people.

From those fights, people gave them the name Pitbull: Pit means “fight”, and Bull is “the bulls”. Pitbull means “the dog that dares to fight the bull”.

A Brief History of the Pitbull Breed

Pitbulls first appeared in England, Ireland, and Scotland at the end of the 18th century. In the early 19th century, they were brought to America by British colonists to serve as guards on farms, keep houses, and hunt wild animals.

Pitbulls are the result of crossbreeding between two breeds of Bulldog and Terrier. They began to be bred in the United States at the beginning of the 19th century.

At that time, the Pitbull was considered the strongest and most aggressive dog breed in the world. They were trained to fight bloody battles.

However, after 1935, these fights were banned, and the Pitbull was tamed, becoming more gentle. They are mainly kept for protection, guard work, or as pets.

The Meaning Behind the Pitbull Flag 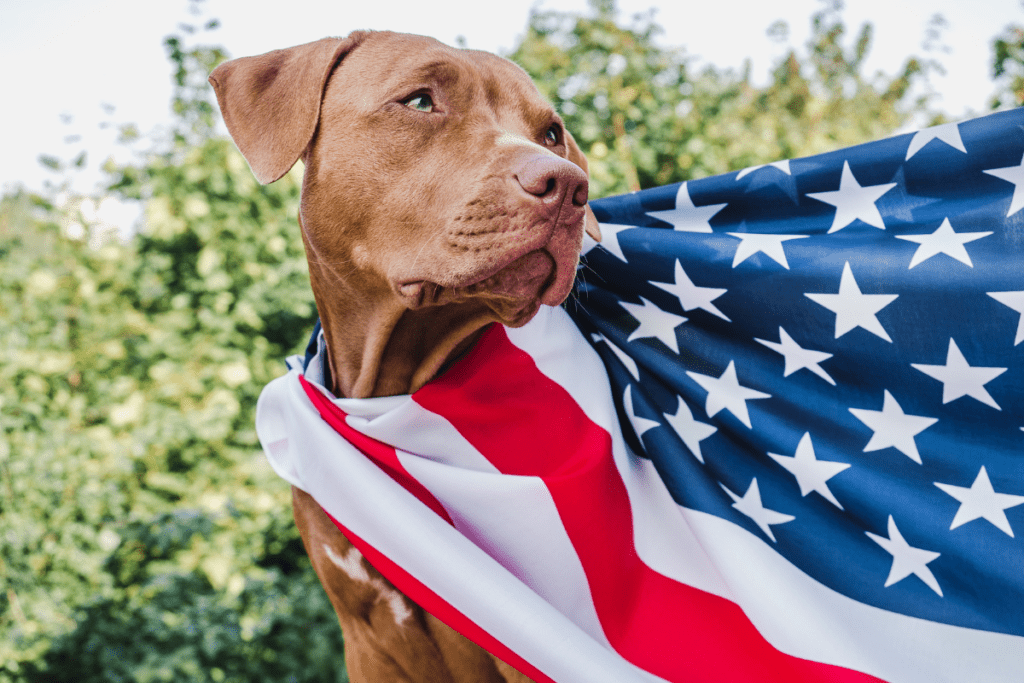 Why are many people prejudiced against and terrified of Pitbull?

Perhaps the first reason is its intimidating appearance.

Pitbull has the physique of a professional bodybuilder, with a huge, muscular body.

Pitbull’s expression is both calm and fierce. They scare people with just one look, like this dog, especially when he is frowning. 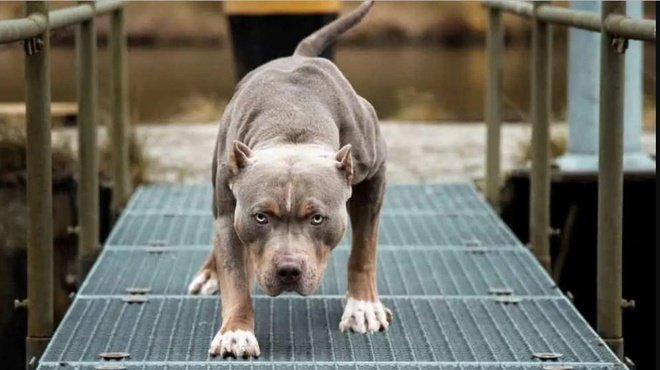 No matter how many opinions are mixed, the truth is that the Pitbull is still a dangerous breed.

Pitbull topped the list of the most dangerous dog breeds out of 400 dog breeds in the world today.

The Pitbull dog breed has a set of long, straight, and extremely sharp teeth. They have a habit of biting something that will chew and devour for a long time before letting go.

They can kill any species with a single bite, even the German Becgie GSD is no match. Of course, humans too!

Therefore, if you are not a professional dog trainer and do not have enough space and conditions, you should not raise a Pitbull. There have been many unfortunate events that happened, the Pitbull was bitten to death, and the main reason was that the owner could not control his pet.

For many reasons, many people assert that the Pitbull does not deserve such discrimination, so they always express their love for this breed, to create more and more sympathy for this breed in the eyes of people.

So, on National Pit Bull Awareness Day – October 29, people have taken it as a holiday for everyone to come together to better understand this breed fully. The display of the Pitbull American flag and the Pitbull banner will also contribute to its sympathy in the eyes of everyone.

If we knew how to raise a Pitbull, it would be a loyal squire. Many Pitbull police dogs have helped the police force a lot in cases, thanks to their sharp instincts and tremendous strength.

Besides, the smart Pitbull is undisputed. They learn quickly so remembering commands is quite easy. Pitbull can learn Pitbull dog training exercises from basic to advanced easily.

Pitbull is extremely loyal to the host family. They are ready to protect themselves to death when their owners are in danger. This is considered the most dominant personality trait of this breed. Pitbull’s ability to protect and the guard is undeniable.

A Pitbull who grows up with proper upbringing and training will live quite well with humans. They can play with children and other dogs in the family. Pitbull will attack when provoked or perceived danger from your side. Friendliness is always lurking in this Pitbull friend. You need to know how to exploit that gentle personality and curb the dog’s aggression.

The Pitbull itself is a fighting dog, aggressive and aggressive. Raising a Pitbull is indeed very dangerous. However, if you are a professional dog trainer and keep an eye on it, it will make a good friend.

National Pitbull Dog Day was thus established to raise the right awareness about it. On this day, people often share information, and pictures, and hang a Pitbull garden flag about Pitbull to bring the right information about this dog. 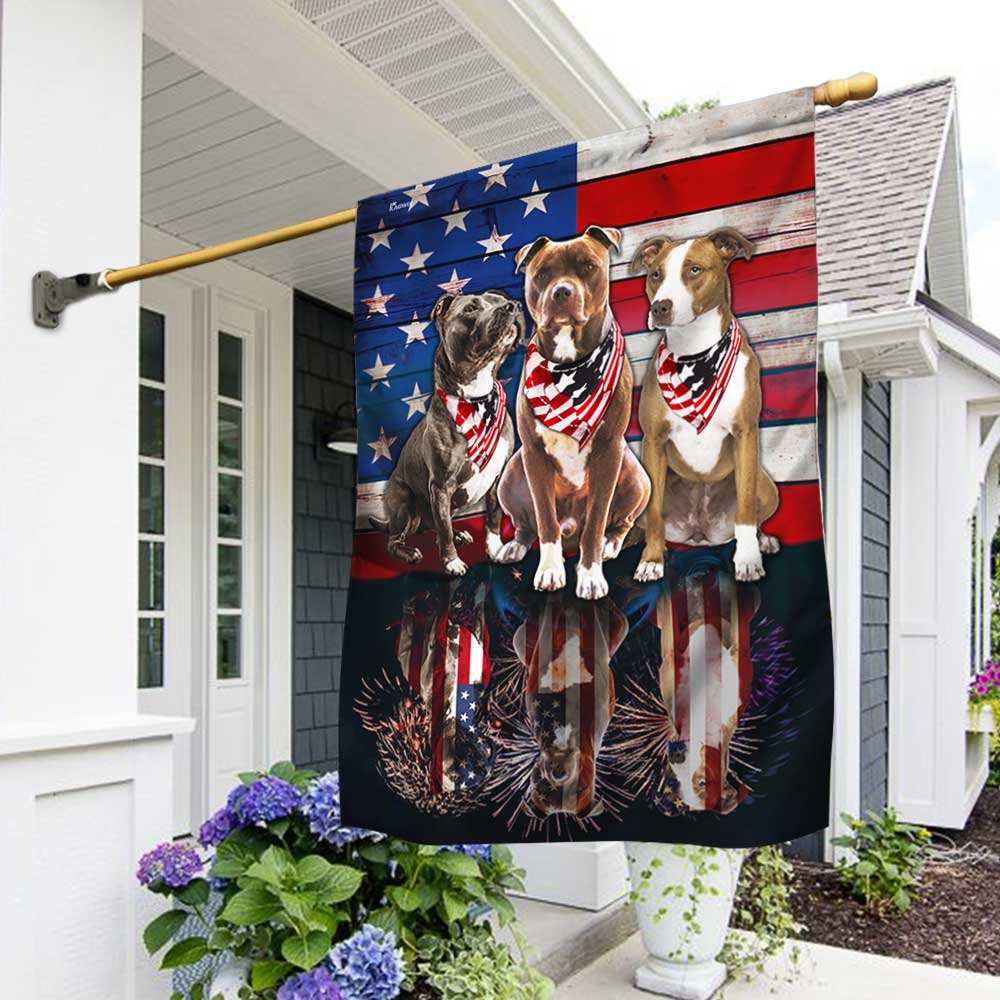 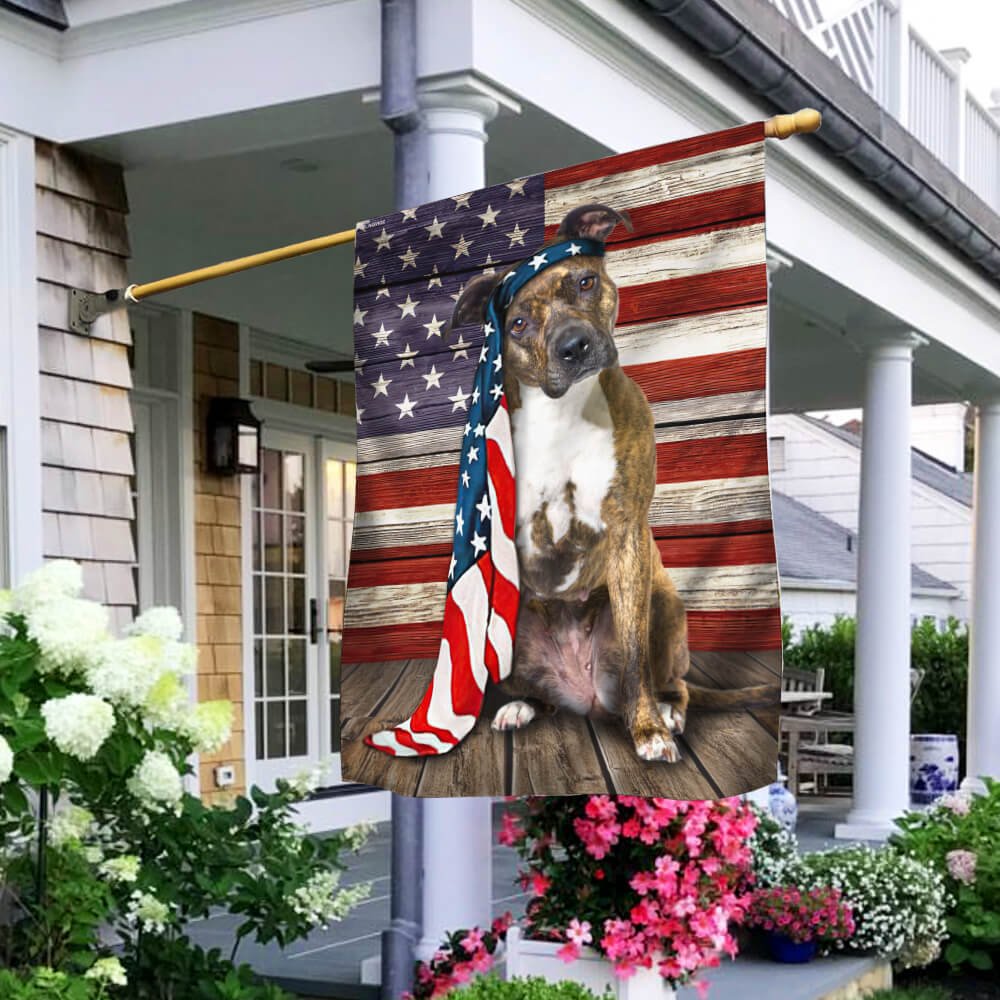 You can find more Pitbull Dog Flag and other Dog Flag at Flagwix.

In short, despite their violent disposition, Pitbulls can be useful and faithful bodyguards if properly raised. Not only Pitbulls, but all other breeds can become dependable four-legged buddies if properly trained and raised.

Why Pitbull in the American flag?

Pitbull is the representative hero of America.

In the early 20th century, Pitbulls were revered as family dogs, mascots, and military heroes. During World War I, pit bulls represented American forces on posters and in the field. Pitbulls’ loyalty and bravery represent the American spirit, and to this day they are still trained as military soldiers.