The California state flag is a beautiful piece of art that is full of symbolism. So, take a moment to appreciate the California flag—and then think about how Californians can show pride in their own state.

The history of the California flag and what it represents 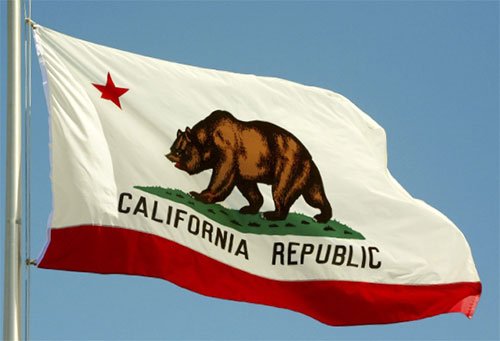 The state of California has always been a trendsetter, and its flag is no exception. The Bear Flag, as it is called, is a simple yet striking design that has inspired other states to create their own flags.

The Bear Flag was originally designed in 1846 by William Todd, and it features a white background with a red stripe and a single star in the upper left corner. The flag was created to represent the independent spirit of California, and it has since become an iconic symbol of the state.

Other states have attempted to replicate the success of the California flag by creating their own versions. For example, the Texas flag features a similar design, with a white background and a single star in the center.

However, the Texas flag also includes an image of the Lone Star, which is a symbol of Texas’s independence. Similarly, the Florida flag includes a white background and two crossed red stripes, as well as the state Seal in the center. Like the California flag, the Florida flag is also meant to represent the independent spirit of its state.

The flag of the United States consists of a white background with a grizzly California flag bear above the words “Republic of California” and a red stripe; in the upper corner of the hoist is a single red star.

During the Bear Flag Rebellion of 1846, which occurred during the Mexican-American War, a group of Americans settled in what was then Mexican-ruled territory, California declared independence and flew the original Bear flag ( June 14, 1846).

The following month, US naval forces took control of the area and the flag of the short-lived Republic of California was replaced with the Stars and Stripes. In 1911, the California legislature recognized it as the official state flag. The California grizzly bear, shown as the central symbol on the flag, is now extinct.

The flag of California, like the flags of Hawaii and Texas, is unusual in that it has a design used by a formerly independent nation.

About the California flag history, while each state’s flag is unique, they all share one common goal: to represent the pride and spirit of their respective states. The California flag has served as an inspiration for other states to create their own flags, and there is no doubt that it will continue to be an iconic symbol of California for years to come.

The red bear on the yellow background is a familiar sight to residents of California, and it’s easy to see how it could inspire feelings of pride and loyalty. The California flag is also a great example of how a state flag can be used to represent the uniqueness of the state it comes from. The bear on the California flag is unique to the state, as are the colors yellow and red. This uniqueness makes the flag special and helps to make residents feel even more attached to their home state.

A few facts make this flag so intriguing. 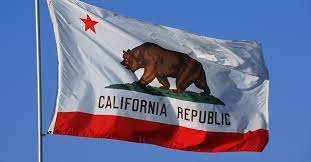 The flag of California is a beautiful sight, and it can inspire pride in people from all over the country. The flag is a reminder of the state’s rich history and its many accomplishments. It is also a symbol of the state’s diversity and its commitment to opportunity for all. Seeing the flag flying high can remind us of what we love about their states and inspire us to show pride in them.

Whether flying your California state flag at your home or office or simply wearing a shirt or hat with your state’s name or emblem on it, let everyone know that you’re proud to be from wherever you call home. 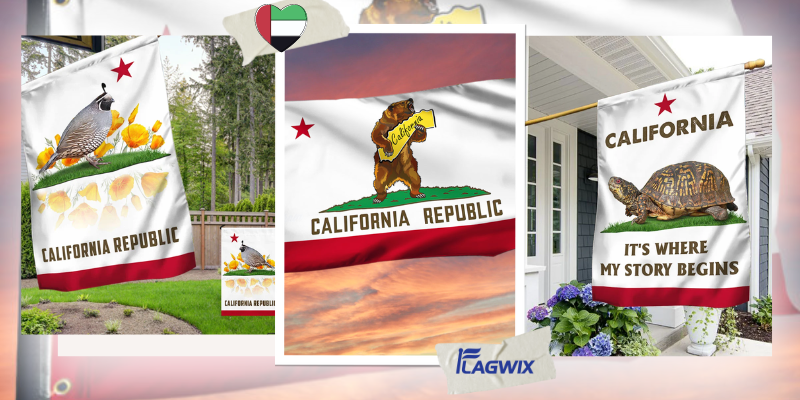 Tattoos have long been used to show one’s personality and spirit. For people that are patriotic, a flag tattoo will demonstrate their pride in their state. Let’s ink up! 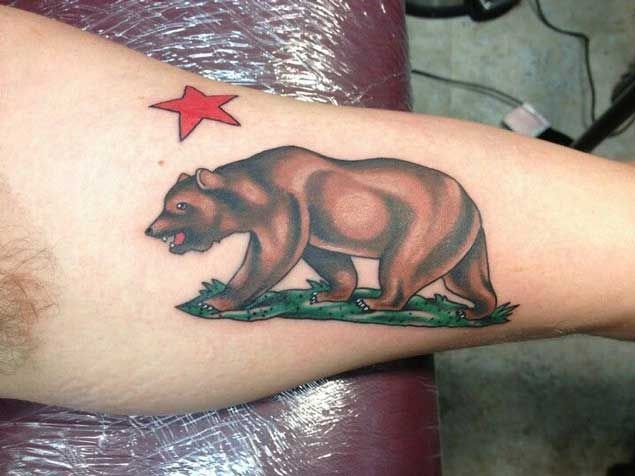 For the LGBT community to show their pride on pride month. 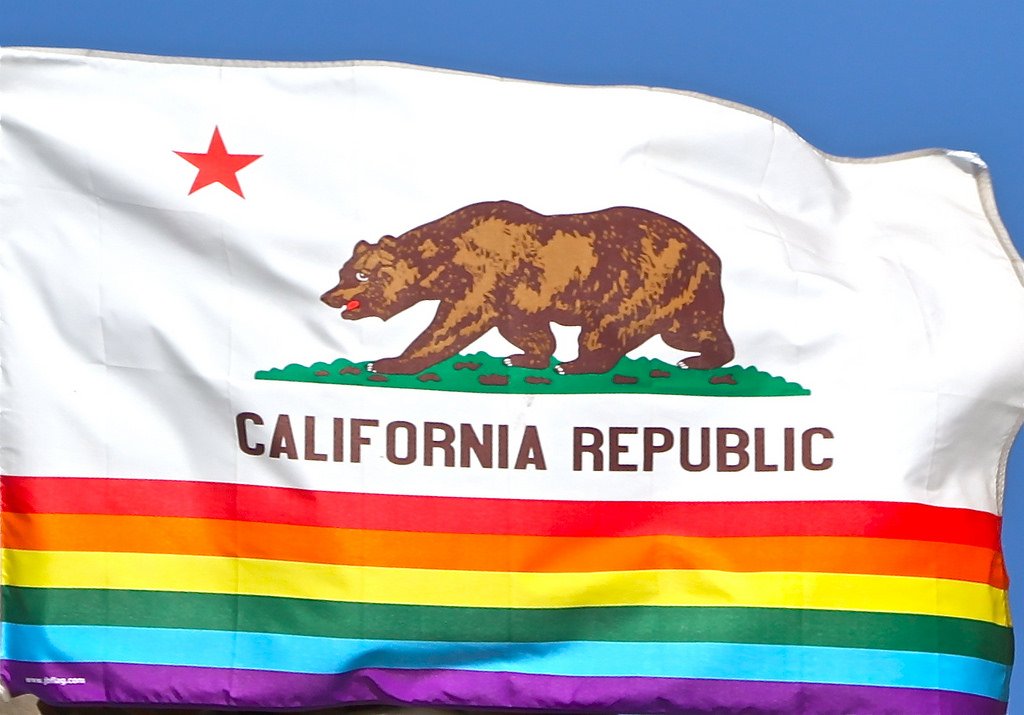 The flag of Baja California has a simple meaning. The sun signifies the climate and the state itself, the green fertility, the red Hispanic origin, and the three white stripes of the canton’s motto “Work and Social Justice.” 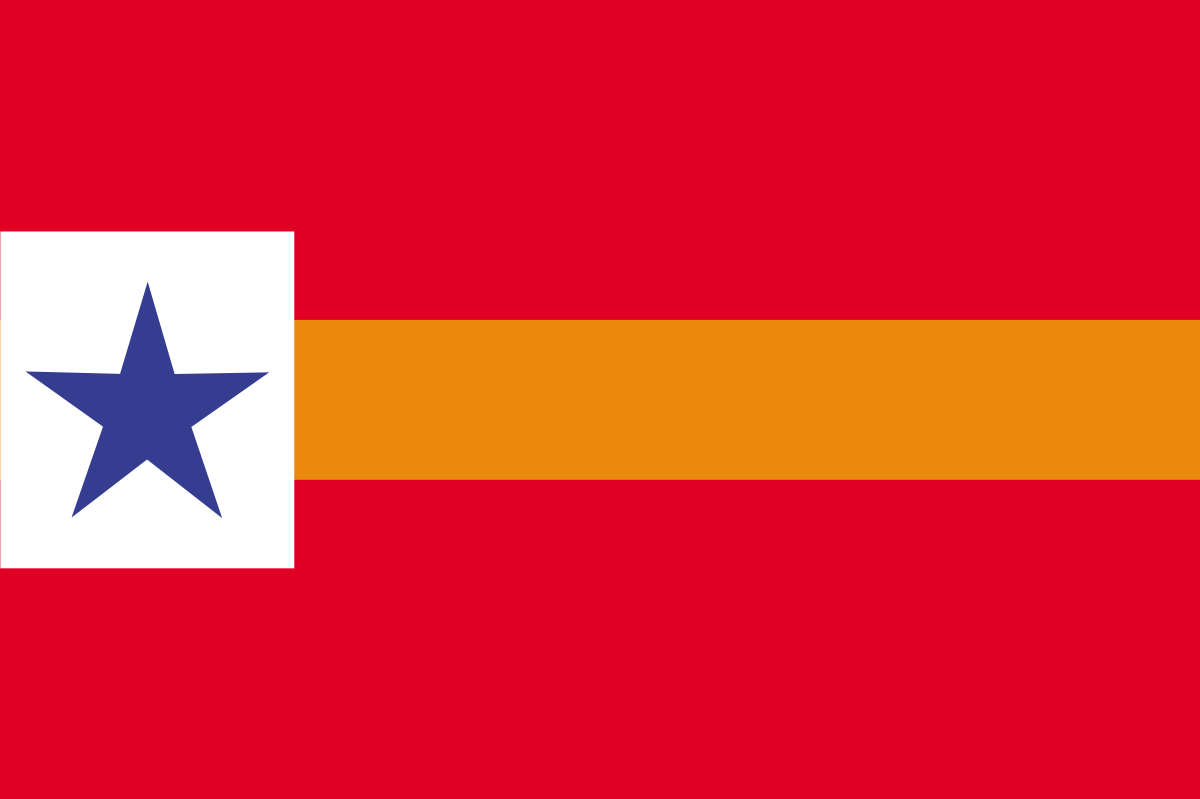 The Los Angeles flag is made up of three colors. Green signifies the olive tree, yellow depicts the orange forest (yellow), and crimson represents the vineyards.

They also represent the city’s history, with yellow and red symbolizing Spain, the city’s early settlers, and green and red representing Mexico, who took over when Spain got independence. 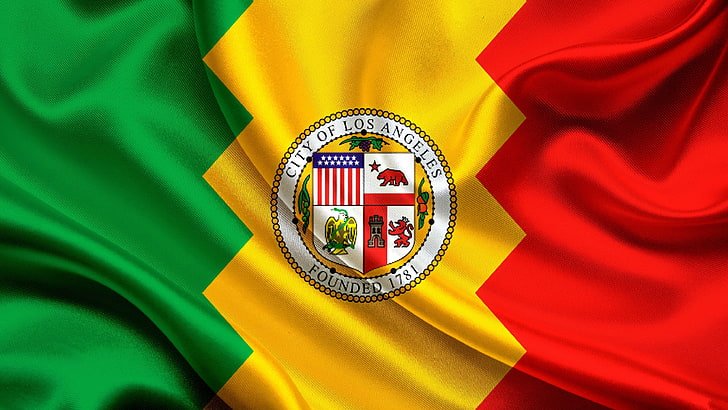